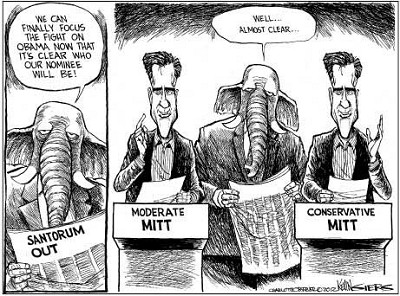 John Douglass Is A General Who Proves MacArthur Wrong

But not all of them.

The word “fade” has never been, nor ever shall be, in the vocabulary or the heart and soul of Lieutenant General Samuel V. Wilson, of Rice, for one. Sam Wilson is the salt of the earth and the world is filled with people and places that have been, and continue to be, seasoned by his friendship, vision, courage, and compassion. We love you, Sam.

And there has been no fading away for Air Force Brigadier General John Douglass, a former Secretary of the Navy who worked across the aisle for Presidents Reagan and Clinton and was the number two general in NATO during the first Gulf War during the George H. W. Bush administration.

General Douglass will carry the Democratic Party's banner in the Fifth District election against Republican incumbent Robert Hurt and district residents can expect him to run, not walk with it.

The Fauquier County resident joined the Fifth District through redistricting which, though controlled by Republicans, did Rep. Hurt no favor. Win, lose, or dangling chad, General Douglass will prove to be a formidable and indefatigable opponent. He was gearing up to run against longtime Republican incumbent Rep. Frank R. Wolf in the 10th District until political fate moved him and his farm into the Fifth. Perhaps Rep. Wolf saw the district lines reshaped in ways that did not displease him.

Representative democracy is strengthened when high quality candidates emerge from all political parties. We need, and should demand, candidates of great character, dedication and experience, and look for those willing to reach across the aisle of partisanship and work with Republicans and Democrats for the good of our nation.

General Douglass revealed his effective campaign tenacity by shredding his Democratic Party challenger, Peyton Williams, taking a record haul of 189 delegates during the caucusing, to 23 delegates for Williams; 113 delegates are required for the nomination so the May 19 convention is mere formality.

During the final 30 to 40 days before the caucusing, General Douglass told us, he participated in “something like 65 town halls. As you know, it's a huge district. To get that many town halls in you're spending somewhere between four and eight hours on the road every day, staying up till midnight or later getting back and I have to get up every morning at six o'clock because I've got a son to get to school and farm animals to take care of and chores, so it just takes a lot of hard work.”

From a homeless teen in a foster home to a Brigadier General in the Air Force having the ear of Presidents Reagan and Clinton, Mr. Douglass is a classic American success story.

Married, and the father of four (two children still living at home), General Douglass is proud of pulling himself up by his own bootstraps.

“I have a deep love for my country. My country has allowed me to be a successful person because of hard work and not because I was born into a wealthy family, not because I had some kind of special privilege,” he told us, “and I'm passionate about creating opportunity for all of our people, not just those lucky enough to be born into elite situations. I view all of our citizens as assets to our country. Every one of us are Americans and I'm absolutely committed to a government that treats us all equally as Americans, regardless of our race, our religion, our sex or our sexual preference or whatever category somebody might try to dredge up.”

Showing his sense of humor, General Douglass describes himself as someone who keeps “flunking retirement.”

Probably his only failing.

We welcome him and his candidacy to the Fifth District, which is now bigger than the state of New Jersey.

The election will be a good race.

May the people, not a politician, win.

One doesn't have to be a cynic to wonder just what purpose was served by the public hearing held by... read more