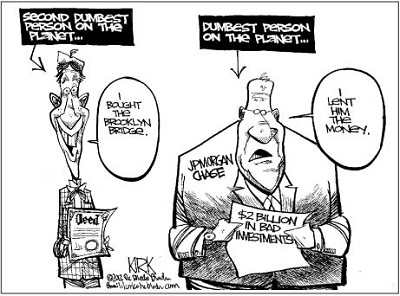 Amid the deafening silence from the Prince Edward County Board of Supervisors toward County Administrator Wade Bartlett's presentation on what a service fee on tax-exempt properties could mean to the County's budget came news that Brown University agreed to pay Providence, Rhode Island $31.5 million over eleven years.
<br />The university, according to the Associated Press, agreed to pay Providence an additional $3.9 million, which is over and above the $4 million the university pays the city each year in lieu of taxes.

A service fee, in other words. Or PILOTS, payments in lieu of taxes.

Imagining what Prince Edward County and its public school system could do with an additional $4 million or so a year from Hampden-Sydney College and Longwood University is not difficult.

Here's the AP's headline: “Brown U. Agrees to Hike Payments to RI City by $31.5M over 11 Years to Help With Budget Woes.”

Brown doesn't seem to object too much. Good reason. The AP reports that the university would pay $38 million a year if it were to pay taxes on all of its property.

And Prince Edward County isn't getting a penny in tax revenue from them.

Providence, in the very same situation, is getting millions of dollars every year. Twenty Virginia localities, too, are receiving annual revenue from service fees applied to tax-exempt property.

Mr. Bartlett has rightly noted “this revenue stream has the potential to be a significant source of funding.”

Yet, there hasn't been a peep from the Board of Supervisors. Surely, Mr. Bartlett should be tasked to research the issue and report back to Supervisors for public discussion, consideration and possible action.

The taxpayers of Prince Edward County deserve no less. Significant additional revenue can be generated and without taxing churches or the hospital.

But the Town of Farmville is missing out too and the Providence/Brown University arrangement points that out clearly.

In exchange for the additional $3.9 million from Brown, on top of the $4 million each year, the City of Providence will cede a few streets adjacent to campus to Brown University, along with 250 parking permits for Brown employees.

The Town is hoping to convince Longwood to share some of the parking revenue the university is receiving from the parking fees it charges students, staff, and faculty to park on streets owned and maintained by the Town of Farmville.

Why not simply charge a service fee?

Given the fact that Prince Edward County's Board of Supervisors deemed the County unable to add even a cent to the public school budget, despite overwhelming public support, the silence from Supervisors on the service fee issue is strange.

In ancient Greek mythology, Icarus, using a pair of wings his father constructed from feathers and wax, was too ambitious... read more