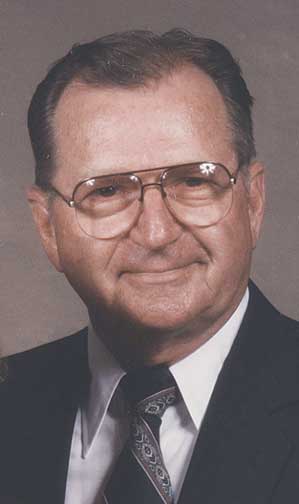 FARMVILLE – John Dennis Wilson, 85, of Farmville, passed away on Tuesday, April 24, 2012. A native of Rice, he was the third child of Jasper Dennis and Helen Vaughan Wilson. He grew up on the family farm and graduated from Farmville High School.

After high school, he joined the U.S. Army and served in Japan. When he returned to this area, he attended Hampden-Sydney College and later graduated from the National Academy of Broadcasters in Washington, D. C.

John D. Wilson served as a director on the board of Southside Community Hospital in Farmville for 28 years. He served several terms on the Virginia Association of Broadcasters board of directors. He was an active member and former president of the Farmville Lions Club. He was an Elder and Sunday school teacher in the Farmville Presbyterian Church community and also served as a lay speaker throughout the area. He was an avid outdoorsman and enjoyed fishing and gardening.

Mr. Wilson is survived by his wife of 61 years, Jean Alice of Farmville; Samuel V. Wilson and wife, Susie (Rice); Dr. James B. Wilson (Rice); and many nieces and nephews. He is pre-deceased by a sister, Virginia W. Druen and brother, Dr. William L. Wilson.

WFLO's current general manager, Francis Wood, said about John Wilson, “His passion for radio broadcasting, his community and, WFLO in particular, led to it becoming one of the most noted hometown radio stations in the state. John often referred to WFLO as quote: 'Your full service hometown radio station.' He was a true radio icon and a patriarch to his radio family. We have been blessed to work beside him.”

April 19 – Congratulations to Billy and Marie Adams of Farmville. The couple celebrated their wedding anniversary on Wednesday, April... read more