What An American Hero Believes About War And Also About Peace 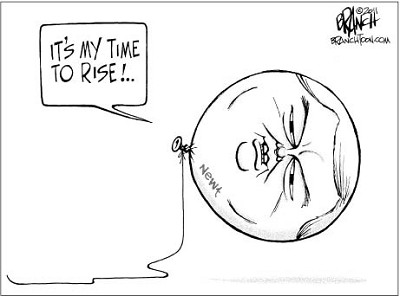 There is nothing of any consequence that General Wilson does not know on either subject. He knows things through his own experiences that we cannot imagine.

The former Hampden-Sydney College president began his military career, responding to a radio re-broadcast speech of British Prime Minister Winston Churchill, by cantering, horseless, seven miles through a dark night of rain from Rice to Farmville to enlist in the Army before he was legally old enough to do so. The future master of espionage dissembled about his age, by two years, and was soon enough off fighting as a first lieutenant with the legendary Merrill's Marauders-there would be a Hollywood film-ain the Pacific theatre of World War II. The bugle he'd blown as a private was left far behind, but the resonance of its notes was not lost.

The tortuous path through the Burmese jungle would years later find him Director of the Defense Intelligence Agency and assistant to the Director of the CIA, with much clandestine work behind the Iron Curtain cloaked and daggered in his resume. He is credited with coining the term “counterinsurgency” and helped literally write the book on low-intensity conflict.

Fully describing his military career would take every page in today's newspaper so let us simply accept that when General Sam Wilson speaks of war he does so from a background so deep that all of us would get lost in it together, never to be found again-unless General Wilson were sent in after us. And he would be, and he would find us.

At the battlefield in Rice where he played romantic games of battle as a child, General Wilson said many things about war, which he described as a “dirty, vile, vicious, inhumane, and tragic endeavor,” including this:

“We have a very real obligation to protect home, hearth, and homeland. However, we must find ways to do so short of the absolute destruction that in the end breeds perpetual hate in an ongoing cycle of violence that will never end.

We cannot continue to leave it up to the one percent of our population in uniform to carry this awful burden for us while we continue to go shopping,” he said with armor-piercing words.

“We all have a moral responsibility to do better, to stop and think for ourselves, to ward off the pervasive media spin.

“We must understand and remember that every human being on the planet seeks security, social justice, education, reasonable medical care, and a modicum of self-sufficiency. I learned this truth over and over again, beginning in World War II, and again in Vietnam, and again in my global assignments and travels as a soldier and diplomat.”

And our front page news coverage of his remarks explained that General Wilson indicated that this succinct but universal apothegm of human need and motivation needs to be understood and kept in the mind's eye of a self-absorbed and self-centered American culture that champions human rights but is all-too ready to sweep them under the rug of profit and consumption.

American international policy, according to our correspondent's coverage of the general's words, must come into radical, moral realignment if American society is to survive on a planet seething with cynicism over our national hypocrisy.

“I do not have the answers to the dilemma of war,” the general concluded. “Yet, I continue to have the hope that some day that which I romanticized about on this battlefield, but subsequently came to revile and dread while serving in two of this country's wars, will be transformed into less destructive methods of settling our differences among the nations of the civilized world,” the Sunday School teacher said.

Indicating the sloping fields around him, he concluded, “That's what the voices of the men who fought and died at Sailor's Creek cry out to us-if we would come out here, pause, and just listen-'Find a way.'”