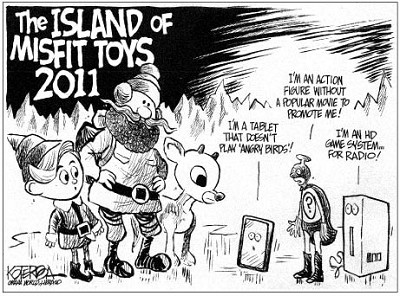 The U.S. Postal Service says it is changing service standards because of the “dramatic and continual decline in First-Class Mail volume and the resulting revenue loss.”

If true, then making customers wait an extra day for delivery of their First-Class mail, and even longer for other mail delivery, makes as much sense as bailing out of a plane without a parachute.

Imagine a similar response by the automotive industry:

The USPS is also studying 252 out of 487 mail processing facilities for possible closure, four of them in Virginia-two in Norfolk, one in Lynchburg and one in Roanoke.

Mail delivery affects us all and it is difficult to see how reducing the standard of service is going to encourage people to use the U.S. Postal Service, which seems intent to cut off its face to spite its nose.

The U.S. Postal Service has declared it must reduce its operating costs by $20 billion by 2015 in order to return to profitability and the proposed changes, it says, will allow for significant consolidation of the postal network in terms of facilities, processing equipment, vehicles and employee workforce and will generate projected net annual savings of approximately $2.1 billion.

But there is more to this story and it looks from here that the U.S. Postal Service need not press the self-destruct button as part of a grand design to save itself.

According to American Postal Workers Union President, Cliff Guffey, “the Postal Service plan will hasten the demise of the USPS.”

We could not agree with him more.

“The USPS should be modernizing and striving to remain relevant in the digital age, not reducing service to the American people. Degrading service is a direct consequence of Postal Service plans to eliminate half of its mail processing centers. Dismantling the Postal Service's processing and distribution network will devastate mail service, damage the economy, and drive customers away. The USPS network is still a vital part of the nation's infrastructure and destroying it will hurt, not help, the American people.”

Regardless of the U.S. Postal Service's explanation of the crisis, what it curious is that the USPS is saying nothing about what Mr. Guffy describes as “the immediate cause of the USPS crisis.”

Bizarrely-and in a move that almost seems intentional-during the Bush Administration Congress passed into law something called the Postal Accountability and Enhancement Act of 2006. Incredibly, the Act requires the USPS to pre-fund healthcare benefits for future retirees and do so 75 years into the future, for employees who haven't even been hired yet and, in fact, some of whom haven't even been born.

No other government agency-or private company-is required to do this, just the USPS, which gets no federal funding, remember. Adhering to this warped mandate is costing the USPS $5.5 billion a year. Do away with the needless mandate and the USPS would double its cost savings over closing half its mail processing and distribution centers, laying off workers, slowing down mail delivery and driving customers away.

And the USPS has overpaid its pension fund by billions. The solution is already in the House of Representatives, so let's see Republicans and Democrats join together to steer the USS Postal Titanic away from the iceberg. H.R. 1351, offered by Massachusetts Democrat, Rep. Stephen Lynch, would allow the USPS to use those billions overpaid into its pension fund to pay for the health care benefits of future retirees. So far, it has been blocked by committee in the GOP-controlled House.

In the Senate, Independent Senator Bernie Sanders of Vermont has introduced a bill called The Postal Service Protection Act that would eliminate the required pre-funding of health care benefits for future employees, allow the USPS to recover the overpayments to its pension fund and require the USPS to make an air-tight case for closing distribution centers. Strict standards on First-Class mail delivery are also included in the bill.

This must become a moment that delivers First-Class bipartisanship to all Americans. Timely mail delivery-letters, newspapers, magazines, business transactions, banking, you name it-is critical to this nation.

We deserve more, not less, miles to the gallon and our mail carriers can give us just that if the USPS would only stand with them, not against them, and us.