Merit Pay Increases For The Town Of Farmville's Meritorious Employees 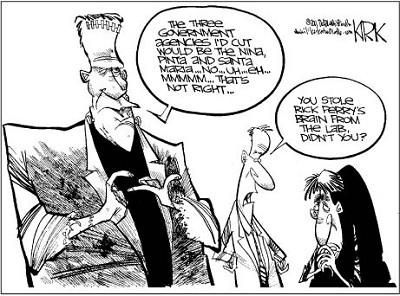 Look up the word “meritorious” in the dictionary and what you find is this: “deserving of honor or esteem.”

And you find these seven synonyms:

The men and women who work for the Town of Farmville did not deserve to be caught up in any crossfire over the “bonus” they received last month from Town Council-Mayor Newman breaking a three-three tie-$1,000 for those who were full-time during the previous 12 months and $100 for those who were part-time workers for the same period.

The pay was deserved. Nobody argued that point.

There is, indeed, no finer collective group of municipal workers anywhere.

In the future, Town officials may want to consider a system where annual raises are based on merit, where additional pay is budgeted and earned through performance. The Town's use of the word “bonus” may have contributed to the reaction some folks had to the Town's action during a down economy.

There are approximately 130 workers for the Town of Farmville. They are an excellent workforce, on-call 24-hours a day, seven days a week. If a waterline ruptures in 20-degree weather at 2 o'clock in the morning, they are down in that hole. Nobody clears snow better than they do. Nobody keeps a Town cleaner or more efficiently run, whether through clean water to drink or treating the wastewater left behind. Whatever Town workers do, they do extremely well.

They build streets and sidewalks.

They enforce the law.

Town workers are the full deck.

Any time there are 130 workers (one of whom is my son, who was part-time during the past year) there are going to be some workers, in every line of business, who set the very top example, going beyond the call of duty and consistently setting the very highest standard, while some others fall short of that mark.

A system of merit or performance pay increases incorporated into the Town's annual budget-two, three or five percent, for example, for those who earn it based on performance-would be the fairest way for the Town to compensate its municipal workers based upon their annual performance.

Some might earn a two percent raise, others three percent or five percent, or whatever percentage(s) Town Council might choose.

There are many possible approaches, including a cost of living raise for all employees, with a merit pay increase on top of that for those who earn it.

And many shall do so.

Town workers are every one of those but adjectives can't buy groceries or pay for college tuition.

They deserve a system of merit, or performance-based, pay increases.

Budget for it. Put it through the budget process. See what the Town can afford during a given year. And provide it to those who truly earn it-and many more than a few will earn it.

Town workers had gone three years without a raise. The “bonus” had its heart in the right place but three years is too long without a pay increase for workers who are indispensable. Merit pay increases, which have been discussed by council before, offer Town of Farmville employees a fair, dependable alternative and without putting a “bonus” target on their backs.

If the Town can afford to fairly compensate its excellent employees, then the Town cannot afford not to because Farmville would be lost without them.

Wearing Nothing But A Big Smile