'Yes, We Can' Beats 'No We Can't' Every Day And Every Way 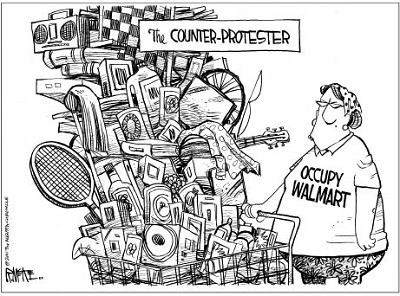 The October 19 front page of this newspaper offered two of the latest large examples of can-do attitude that directly contrasts with do-nothing lassitude and is the cornerstone to this community's future.

Let others wring their hands and moan about the economy. We won't answer that wringing. Farmville has always been less susceptible to economic downturns because of its role as a regional business hub and the presence of Longwood University, Hampden-Sydney College and our community hospital. Entrepreneurs who fail to panic and refuse to crawl inside their shells can ride the higher economic tide those institutions provide with their investment, and their retail-boosting students, faculty and their staff.

Positive can-do leadership by the Town of Farmville-from the Town Manager through Town Council-during last 20-plus years has also played a crucial role in providing the necessary infrastructure for growth.

The proposed mixed-use commercial/residential project for the former Newman Tire Company Inc. site on West Third Street pursued by Walk 2 Campus and the Eckert family's purchase of the former Putney Square Mini Shopping Center and subsequent creation of Main Street Plaza on Main Street represent significant investments and endorsements of this community, its present and its future.

Both projects shout 'Yes, we can' at top volume because actions always speak louder than words.

Attitude is everything, whether in individual lives or corporate life. Our spirit helps shape our destiny in many crucial ways. Close your mind to the future and you pull the door closed behind your negative thoughts.

“I didn't think this location had ever seen its potential. We never really had any reservations about buying it,” Betsy Eckert told The Herald regarding her and husband Brian's plans for Main Street Plaza and its four businesses, three of them new to the location.

That power of positive thinking is clearly behind the decision of Walk 2 Campus Holdings founder and president Matt King. “I think the addition of commercial space for small businesses will help that end of downtown, while the residential aspect creates even more people living downtown and supporting the existing local businesses.

“We believe that each thoughtful and meaningful investment in a downtown corridor strengthens the economic and architectural fabric of that corridor,” Mr. King told The Herald.

There is untold strength in those two words-“we believe.”

William Shakespeare penned these words: “To be or not to be.” And Mr. Shakespeare was oh so right, that very much is the question.

But nobody can answer it for you, impose it upon you, or bind you with its value.

A “be” attitude trumps “not to be” every which way imaginable but it can do nothing unless that attitude is your own.

Nobody makes the kind of investment in a place that the Eckerts and Walk 2 Campus have unless they believe in that community, and themselves, with every fiber of their “to be” being.

We believe right along with them.