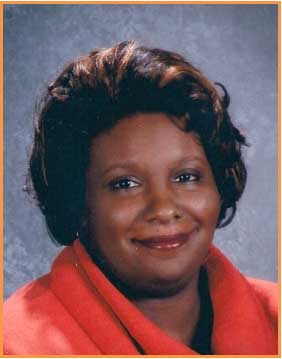 CUMBERLAND – New candidate for School Board, Eurika “Rika” Trent-Tyree will be running as a write-in this election for the District Three seat, according to a provided press release.

Mrs. Tyree is the daughter of Sarah Trent and Garfield Barksdale Jr. and the wife of Conrad Tyree. She is a lifelong resident of Cumberland and a Cumberland High School graduate, who comes with a wealth of educational experiences that include having an Associate's Degree in Business Administration, A Bachelor's Degree in Criminal Justice and a Master's Degree in Educational Leadership, states the release. Mrs. Tyree was also employed with the Cumberland County Public School system from 1993 until 2009 and served in a number of capacities that include bus driver, substitute teacher, guidance secretary, finance, division registrar, cheerleading coach, and 21st Century Coordinator to name a few.

According to the release, she decided to further her education full-time as a Funeral Service Licensee. Mrs. Tyree is currently employed by The Marian Gray Thomas Funeral Home and Cumberland County Sheriff's Department.

Mrs. Tyree said she decided to run for School Board this year “because of her ties to the community and because she has a vested interest in the system as her two daughters Octavia and O'Layna attend Cumberland High School” and she hopes to bring a parent's perspective to the School Board.

Mrs. Tyree said, “Not only do I hear of the things people would like to see addressed in the school system, but I also understand, through my experiences in working in the school division, that some things cannot always be easily fixed. Therefore, I look forward to bringing a voice to the community in support of the school division while ensuring that both the academic and social needs of all children are met.”

The release states, “Mrs. Tyree says that she has been asked if she knows what she is getting into by running for the seat. She states in her responses that because she has a long resume of public service, that she fully understands exactly what she's getting into.”

Mrs. Tyree serves on many committees at her church, Rocky Mount Baptist Church in Cumberland. She currently serves on the Executive Board of the Cumberland Fair Association. She has worked with the Cumberland Youth League for four years as a parent supporter and has served as a youth basketball coach and program director.

In the release Mrs. Tyree states that she hopes to be an advocate for the students and parents so that students are better prepared to be competitive in the 21st century. “She believes that this requires a partnership with the school administration and business and community stakeholders,” provides the release. “If elected, Mrs. Tyree says she plans to continue working to ensure that all students-from pre-kindergarten through the senior class-have access to programs and activities that will allow them to reach their highest level of achievement. In addition, she will work to ensure that the best and brightest teachers are hired and retained, since teachers are the single most important factor in a child's education and success after the family.”

When asked how she would deal with critics of the school division, provides the release, Mrs. Tyree replied, “Criticism doesn't bother me. I'm a community-oriented person and I'm not trying to get people's thanks or appreciation. I just want to be an advocate for all children. I also believe that teachers need an advocate too; therefore I plan to serve to support them as well.”

According to the release, Mrs. Tyree said that she is grateful that the school division has updated facilities so that is not a need at this time.

“She is a proponent of meeting students where they are and moving them forward,” it continues. “She hopes to ensure that fairness and consistency is across the board for all children. Mrs. Tyree believes that accountability at all levels is paramount for the continued success of our students and the school division overall.”

For more information about the Eurika Tyree campaign contact her at (804) 492-5959 or by emailing her at eurikatyree@aol.com