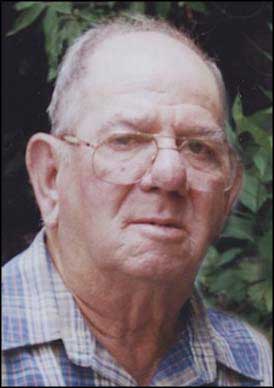 CUMBERLAND, Oct. 6 – Our Lord and Savior, Jesus Christ, called one of his faithful servants home on Wednesday, October 5, 2011. Lawrence Cary “Buck” Varner was called to his eternal home to rest peacefully after a lengthy courageous battle with Alzheimer's Dementia.

“Buck” was born in Cumberland County on August 3, 1928 to Willis Anderson and Nannie Allen Varner, both of whom preceded him in death. He was the youngest of 10 children and was predeceased by his brothers, Allen Wood, Robert Claud, Herman Anderson, Willis Nickolson, Harold Earl and Herbert Leroy, sister, Catherine V. Gordon, son, Harold Joseph, granddaughter, Amy Rainbow Varner, and daughter, Carolyn V. Baldwin (wife of Thomas H. Baldwin).

“Buck” was talented in many fields. He was a private timber contractor in his early years, but his love was operating heavy construction equipment. During his later years he operated a small cattle farm at his home in Cumberland. He loved working outdoors, fishing, woodworking, and helping his children and others whenever the need arose. He was an extremely hardworking and dedicated husband and father. He loved being with family and friends, telling stories and making people laugh.

A funeral service will be held Saturday, October 8, at 1 p.m. at St. John's Lutheran Church with interment to follow at Antioch United Methodist Church Cemetery in Cumberland.

Family will receive friends Friday, October 7, from 5-8 p.m. at the Puckett Funeral Home.