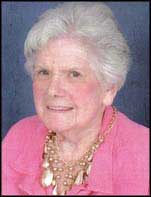 Born in Caldwell County, NC, January 15, 1921, Mrs. Townsend was the daughter of the late Wallace G. and Mary E. Talbort McLean. She was retired as a seamstress with Crewe Garment Company.