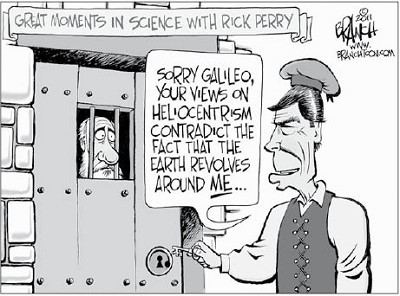 Prince Edward County Board of Supervisors Chairman William G. “Buckie” Fore and Vice-Chairman Howard Simpson weren't the only people surprised and disappointed by the Town of Farmville's abrupt ending of negotiations to create a regional water authority. Those emotions were, and are, justified.

But reaction from the two men also wisely steered away from any jerking of the knee, observing that the Board of Supervisors will need to study the unexpected development and determine how to proceed.

That is a wise approach-to a degree. This community doesn't have all day.

History, in the end, will have the very final say and its judgment will last forever regarding the Town's decision to abandon the regional approach and pursue its own water authority.

There will be no avoiding that judgment.

But a wait-and-see approach as policy seems foolish and could be dangerous if taken too far.

We are long past due for a stop-waiting-and-do approach.

Clearly, the County is fully justified in constructing an in-take at the reservoir to stake this community's claim to the reservoir's water.

Sadness, a deeper emotion than disappointment, is the feeling behind these words being written today because the best chance at constructing a pipeline from the Sandy River Reservoir to the Town of Farmville's water treatment plant seemed to be a joint venture between the Town and County via a regional water authority.

Imagining the Town of Farmville having enough money to build the pipeline and pay for the upgrades necessary at its water treatment plant for the reservoir water to be mixed with Appomattox River water is difficult.

The Town's water system is not a notorious moneymaker. In fact, revenue from other streams has been used by the Town in the past to cover the water system's red ink. Still, Town Council raised water and sewer rates last year and they are preparing to do so again this year. So revenue may be increased.

Of course, the Town and County could decide to share costs of the pipeline construction and build it together without the authority being created. But those words are mere hopes. If the regional water authority talks could crash and burn so quickly after public comments spoke of genuine progress at every turn then what words can be depended upon to finish the job that needs to be done?

The Town is saying, when asked, that the pipeline is still “probably the number one option,” though it was not mentioned in Thursday's lengthy press release. One could even infer from the Town's comments that a pipeline is more likely, not less likely, with the Town creating its own water authority.

We shall very definitely see.

The Town has every right, and a responsibility, to do what is best for its residents and so let us watch the pipeline construction begin.

Because the pipeline is not an option.

A pipeline is the only answer.

A pipeline is the only solution.

A pipeline is the only drought-proof guarantee the Farmville-Prince Edward community has.

There really is no option.

There is only risk if the pipeline is not built, and built sooner rather than later-the risk that some day a tsunami-effect drought will wipe out Farmville's water supply. And then pipeline construction will be too late. To begin building a pipeline once the water is gone from every other source but the reservoir is to build a pipeline to nowhere. Because nowhere is exactly where we would find ourselves.