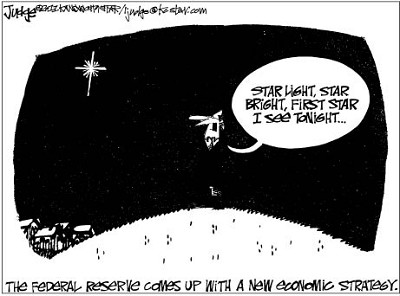 At its December meeting, the Commonwealth of Virginia's Dr. Martin Luther King, Jr. Memorial Commission is going to consider crafting legislation for the General Assembly that would create a significant endowment fund for Prince Edward County's public schools.

The legislative proposal, made to the commission last week during its meeting in Farmville, is to appropriate the state funds-in today's dollars-that remained in Richmond during the five-year 1959-64 Massive Resistance school closings in Prince Edward. The resulting endowment, which is meant to help address the generational consequences of Massive Resistance, would be used to fund specific targeted educational programs or projects selected by this community.

To ensure that the appropriation has relatively the same financial impact on public education in Prince Edward County today that it would have had in 1959, it is fair to adjust for inflation, which would turn the $369,000 into approximately $2.35 million.

Governor McDonnell and the General Assembly will be adopting a two-year budget during the 2112 session and the $11.75 million could, if necessary, be broken into $5.9 million appropriations each in the 2112-13 and 2113-14 state budgets

Crucially, the $11.75 million would not be absorbed into the schools' operating fund. It would not be swallowed up to pay for day-to-day operating costs. It would not become an excuse for Prince Edward County or the Commonwealth of Virginia to provide less educational funding.

The $11.75 million is funding that would have come to Prince Edward County Schools from 1959 to 1964 and should come to Prince Edward County Public Schools today. There are powerful historical, ethical, moral and legal grounds upon which to base such legislation, especially given the state's role in Massive Resistance, for which the General Assembly adopted a resolution expressing its “profound regret.”

Profound regret is one thing. Doing something about it is something else.

In 2004, the General Assembly did a very good thing and created the Brown versus Board of Education Scholarships to give educational opportunity back to those from whom it was taken during Massive Resistance. According to former NAACP national chairman Julian Bond that legislation was the first-ever civil rights era reparation in the United States of America.

The Brown versus Board of Education Scholarship program as originally conceived was meant to include scholarships for the children and grandchildren of those locked out of schools in Prince Edward because of the generational consequences of Massive Resistance.

By appropriating the $11.75 million as a public education endowment in Prince Edward County today that impact can be addressed in a specific, focused, and community-chosen way.

Sen. Marsh adjusted the commission's agenda last week so that this legislative proposal could be heard and the senator is supportive. But our community can send a signal to the commission so strong that it gets the attention of the entire General Assembly and Governor McDonnell, too.

Let us all get this done.

Sen. Marsh can be reached by email at district16@senate.virginia.gov.

Don't Count On This Happening Every Month