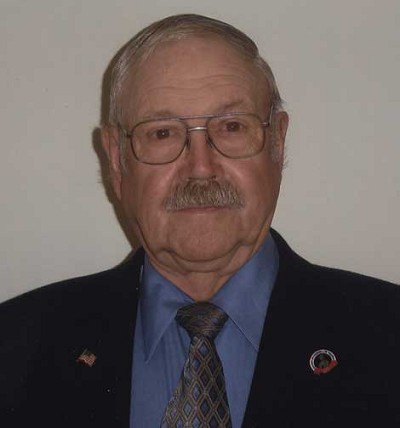 Womack has born and raised in Cumberland and is a 1951 graduate of Cumberland High School. He retired from the Central Telephone Company, now known as CenturyLink, in 1992 and has farmed with his family at Woodville Farm on River Road until the present.

Commenting on his years on the Board of Supervisors, Womack stated in a provided press release that he has been honored and privileged to serve the people of District Four and the county as a whole on the Board for almost the past 12 years.

“Cumberland has made a lot of progress in those years and it has been a pleasure to have been a part of that process with my fellow board members,” he stated in the release.

Womack goes on to cite in the release many examples of progress in the county.

“In preparing Cumberland for the future we are in the process of extending our waterlines to the Hillcrest area from our new public water system. The extension of water west of the courthouse is happening without the use of any local taypayers' dollars. This will allow us to have public water to our community center (old Luther P. Jackson School) to install a sprinkler system for greater use of this complex. Services already located there are the Department of Social Services, Meals on Wheels, Clothes Closet, Bear Creek Academy, and the new Alternative School. There is still room to expand our center for citizens and businesses to rent in the way of meeting rooms, the gym, outside recreation, etc,” it stated.

“We now have a new state of the art public safety center, 24/7 police protection, and a new voter registrar's office,” he continued in his release.

“In preparing Cumberland for the future, we are very proud to have a new Middle/High School Complex that will enable the school system to meet state and federal mandates to better educate our students for the future. More students go on to higher education and others are more suited to go directly into the work market or to seek more vocational training,” he stated.

“I have supported locating a DMV Office in the Commissioner of Revenue's Office,” he added. “This decision has benefited our citizens in that it has saved a drive into Farmville or some other location.”

“We have developed a new business park on Poor House Road to have a place for businesses to locate which would improve our tax base and help keep taxes as low as possible,” Womack also described in the release.

“We now have an area zoned for a shopping center and I will work hard to get a grocery store to locate in Cumberland. These are just some of numerous projects that have been undertaken while I have been on the Board,” Womack explained in the release.

Womack serves on numerous boards and has served as chairman of the Piedmont Regional Jail Board for the past four years.

“It would have cost the county taxpayers $261,266.22 to house our inmates last year if it were not for the regional participation of Cumberland. Thanks to the jail housing inmates from other localities outside of the region, the taxpayers had to pay nothing for the inmates from Cumberland and the jail actually made a profit, he said in the announcement.

Womack said he would continue to seek structured growth while minimizing the tax burden on the citizens of the county. In his almost 12 years on the Board he has never voted against a business locating to the county, he said.

He also pledges, he said, that he will not vote for any mandates to the county from the state or federal government that are not issued fully funded.

In his press release, he stated that he would like the citizens of the county to know the amount of monies that the County has received from two of the projects that he has supported while on the Board.

With regards to the Republic Landfill, Womack provided in his press release that Republic reimbursed Cumberland $110,000 for upgrades to the Hamilton, Madison, and Randolph refuse transfer stations. Republic also paid $500,000, he stated, to Cumberland for the required rezoning of the landfill site; $300,000 to the County after the approval of Part A of the Department of Environmental Quality (DEQ) permit; $500,000 after the approval of Part B of the DEQ permit; and Republic also reimbursed Cumberland $500,000 for delay in operations per contract stipulation “because (the) landfill did not open as scheduled.

Womack also noted in his announcement, “This $500,000 amount will be received each year until start of operations.”

Republic, he said, also paid Cumberland $4,000 for the last two years for the County's Tire Recycling Day “that allowed county citizens to dispose of their old tires at no cost.”

According to the press release, Womack plans to visit with as many of the Fourth District voters as possible and “asks for your support for the next four years.”

Womack said, “I wish to continue to serve you to the best of my ability.”

PE Set To Remember The Fallen