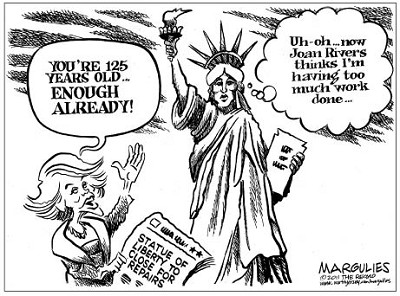 As political campaigns begin to heat up, with Virginia's General Assembly elections this fall and the GOP working to nominate a presidential candidate, many politicians will loudly declare themselves to be pro-life, thus implying their opponent to be anti-life.<br />
But is every self-proclaimed pro-life candidate really pro-life, or are they actually pro-birth?

The focus of the debate, of course, is abortion, with the pro-life movement fighting against abortion, wanting women to give birth whenever conception occurs.

The difficulty some people have embracing some self-proclaimed pro-life politicians is that they seem to really be pro-birth, welcoming federal laws to enforce birth and overturn abortion, but not very much interested in federal or state programs that would support the quality of that life after it has been born into this world.

Some politicians across the nation, in fact, don't appear terribly interested in supporting pro-life legislation and programs to address the needs of a child after birth has occurred, though they closely associate themselves with something they call “family values.”

Such politicians have no problem telling women that they should give birth 100 percent of the time after conception has occurred-some willing to create laws requiring birth-but appear equally at ease in voting against government programs that would help that mother and the life, the welfare, of her child after birth. They don't much care for welfare programs at all.

On the other hand, many of the politicians they imply are anti-life are far more likely to support pro-life programs that value the family and address the needs of human life after birth has occurred.

A truly committed pro-life movement that lives up to the implications of its self-proclaimed name should last a lifetime, not simply nine months.

The sanctity of human life is no less sacred after birth.