High Bridge Video Is US Finalist 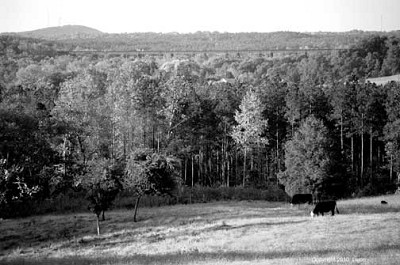 Woodfin Ligon, of Cumberland, is one of 19 finalists in the nationwide Filmmaker Challenge Contest sponsored by Sony Creative Software and America's State Parks. Ligon's video focuses on High Bridge Trail State Park, the 30-mile linear park that runs through Nottoway, Cumberland and the Town of Farmville on its way west through Prince Edward into Pamplin.

The competition invites park visitors to create videos of their favorite park experiences in a contest for valuable Sony prizes.

Ligon's production is the only finalist to focus on a Virginia State Park. The entire park, with the exception of High Bridge itself, is open for hiking, bicycling and equestrian use. Ligon's two-minute video focuses on the bridge as the centerpiece of the park. The bridge is being renovated to add a floor and side-rails for trail use and is expected to open in 2012.

“High Bridge is something that has always been part of my life,” Ligon told The Herald on Wednesday. “While I lived here as a child, I saw it every day. On rainy days, the sound from the steam engines blowing their whistle for the bridge was very loud in spite of the fact that we are about two miles away. And I can still remember the steam engines in the '50s, like the Powhatan Arrow, coming down the track with the smoke streaming out behind them almost the entire length of the bridge.

“It was really quite a view. We have always kept the trees trimmed so that almost the entire bridge is visible,” Ligon said. “My family has had this view since 1858 when the house was built. This, of course, is only about four years after High Bridge, itself, was first constructed.”

Ligon and his wife are active members of the Friends of High Bridge Trail State Park and Ligon explained how he produced the video, which he narrates.

“This video was generated from a panorama that was itself generated from approximately 30 (2000mm) telephoto shots of the bridge. These 30 shots were stitched together in the computer to generate a panorama. This photo was then color corrected to remove the atmospheric haze,” he explained. “When printed, this panorama was four inches high by six feet long. It wasn't too practical to frame and put on the wall! I next used some new software to convert the panorama to a video using the “Ken Burns” technique at the limits that are possible–at least with my computer. This technique scans though the photo (in this case, a panorama!) and generates a movie as the scan proceeds. Most photos aren't 6 feet long so it was quite a lengthy process.

“If you look at the photo carefully,” Ligon contintued, “you can distinguish two birds one above the other, on a step-out of the bridge just before the trees start to block your view. So the resolution isn't too bad. Next, I added a sound track using another piece of software. For the contest, the entire video had to be no more than two minutes in length.”

Ligon added that, “The video was a real challenge because in the piedmont of Virginia, two miles away is a long distance to take a good detailed photo. In the summer, it is almost always very hazy and in the winter the weather may be so bad the bridge isn't even visible. So taking photos of the bridge means taking lots and lots of photos and hoping you get something decent.”

After attending college at Longwood, Ligon went to several other schools and ended up working in upstate New York for many years. He came back to Virginia several times a year, but as time passed, he said, “the trains became considerably less romantic. Now that I have retired, I have gotten involved with the Friends of High Bridge Trail State Park and my wife and I put in lots of time with this organization. For example, consider that people who like to follow the weather can look at a webcam of High Bridge that I maintain at http://www.wunderground.com/webcams/ligon/1/show.html.

“It was through the Friends organization that I learned of this contest. It struck me as a real chance to do something unusual and to show off High Bridge.”

As part of the competition, Sony is offering a $30 discount on Sony's Vegas Movie Studio HD Platinum 11 editing software for every sale made from the contest webpage. For each qualifying sale of the editing software, Sony will donate $20 to the America's State Parks Foundation.

Prizes include a Sony Vaio Notebook and a PlayStation 3. Contest winners will be determined by popular vote. Votes are being received through Nov. 1.

To vote for Ligon's High Bridge Trail State Park video or to purchase the Sony editing software go to www.americasstateparks.org/filmmaker/

For more information about High Bridge Trail or any other award-winning Virginia State Park, managed by the Virginia Department of Conservation and Recreation, visit www.virginiastateparks.gov.

“Our home is, of course, a private residence,” Ligon added, “and people cannot just drive in for a look but we did want to share the view as much as we could. This video is an attempt to show folks just how big High Bridge really is.”