Earthquakes And Hurricanes Remind Us Of Our Vulnerability And Strength 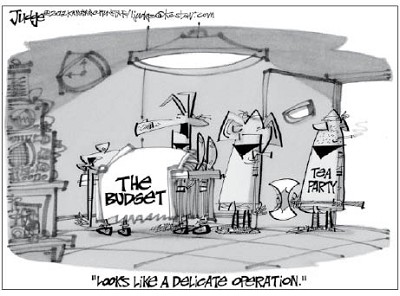 Quite a long and strange week it was for our region.

Though, thankfully, not nearly as bad as it might have been, nor as bad as it was for many whose geography was far less fortunate.

The largest earthquake in Virginia's history, with repeated aftershocks, and a hurricane to worry about storming up the East Coast all within the same six-day period. In addition to our normal trials and tribulations as we learned about something called earthquake insurance.

No Virginians have ever dealt with an earthquake-hurricane one-two punch before. Not even Muhammad Ali could deliver one of those.

What in the hail, we wondered, might be next?

Frogs, lice, flies, boils and locusts would not have been beyond imagination. All the plagues of Egypt in succession, though Pharaoh didn't have an earthquake and hurricane to worry about.

Many of us also managed to go vote in a primary election, not on Pharaoh's agenda, either.

Such levity quickly vanished on Saturday, however, as we saw the degree to which other communities of people were battered by Hurricane Irene.

In all seriousness, last week provided another vivid lesson in human vulnerability when encountering the forces of nature-particularly for those Virginians truly hammered by Hurricane Irene, for whom we wish the speediest possible recovery. Nature always, always, always wins the battle. And we were lucky to be let off so easily here in Buckingham, Cumberland, Farmville and Prince Edward.

To feel the homes and offices beneath our feet shake and quiver, as if fearful too, is to gain a perspective that continues giving birth to new insights.

Peace comes in accepting our lack of control over the forces around us while embracing our ability to control how we respond to what those forces bring into our lives.

And that includes reaching out to others less fortunate than ourselves.

We are all so vulnerable yet possess such great power to raise up those even more vulnerable than we are.