Schools Should Be Bully-Free Zones, For All Our Sakes 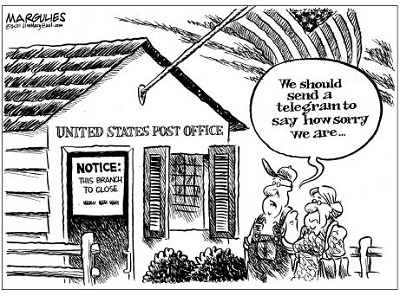 But there needs to be at least as much effort to ensure they are also bully-free zones.

Signs must be posted, inside and outside schools, declaring the collective resolve of students, school personnel and entire communities to make certain that bullying is recognized, and targeted, because of its ability to destroy lives just as surely as any drug or alcohol.

And then, of course, we must be certain that those words are more than a noble aspiration or hopeful declaration but, instead, that there are muscular policies and penalties, as well as creative communication with students to help them understand the need to root out bullying.

President Teddy Roosevelt was famous for his declaration that the White House was a “bully pulpit” from which to inspire the nation. Bully, in President Roosevelt's day, meant something was really quite excellent. Today, all of us must preach from our anti-bully pulpits.

The Office of Virginia's Attorney General, Ken Cuccinelli, contains a good deal of information on its website about bullying and notes that the acts most commonly associated with physical, verbal and emotional bullying are against the law. They are, quite literally, criminal offenses.

Virginia state law requires school boards to include rules in their codes of conduct against bullying. But rules mean nothing if they are not vigorously enforced. Anybody can raise their hand and vote for rules. School administrators, teachers, students, and parents must translate those words into creating environments that make it difficult for bullying to survive, but they need to feel the full weight of their school board behind them, prompting, promoting and supporting the actions that make words mean what they say.

The role of students to significantly address bullying cannot be underestimated. They are likely to be, in most cases, the only witnesses. The attorney general's website addresses the question “If I see someone being bullied, what should I do?” with this answer:

“Bullies usually threaten or hurt other young people when no adults are around to see them do it. They know that if an adult did see them, the adult would stop the bully and help the victim. Instead, bullies wait until recess, between classes, or the walk home to push other kids around. They usually do it where other young people can see them, though. Bullies like an audience.

“Speak up. Tell the bully what you think of what's going on. By saying, 'that's not funny, let's get out of here' or something similar, you can help stand up for another kid.

“Be a friend. Young people are more likely to be bullied when they are not with their friends. If you see someone being bullied, even if you don't know the person, be a friend and ask him or her to walk way from the bully with you.

When a young person gets an adult, as Attorney General Cuccinelli recommends, then that adult really needs to be there, responding with total commitment to intervene at that moment to stop the bullying but also to follow through administratively and effectively to punish that instance of bullying and prevent future acts bullying.

The psychological and emotional damage of being bullied is well documented, in addition to any physical hurt. Bullies also suffer, as does society. Middle school bullies, according to the attorney general's website, are four times more likely to have three or more criminal convictions by the time they are 24 than their classmates who did not bully.

Studies reveal, and common sense just tells you this is true, that young people who bully are revealing an early tendency which, if not checked, may only lead to more serious criminal acts with each passing year.

Intervene and we can re-shape the lives of the bully and those being bullied.

And of our own communities, as well.

The bully we stop today may not become the one pointing a gun at us tomorrow.