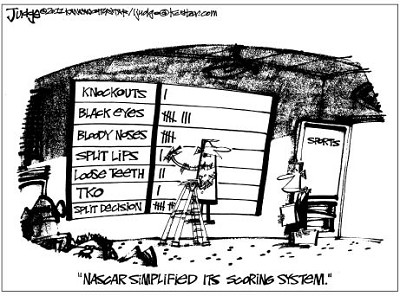 Farmville's admission into the Virginia Main Street program paves the way for accelerated downtown revitalization that will benefit the entire local economy.

Governor McDonnell's announcement is a fantastic piece of news and is a terrific credit to the many people involved in the year-old crusade begun with creation of the Downtown Farmville organization and has, we hope, no end in sight. Momentum, however great, must never be allowed to drift back toward inertia, nor are we inclined to believe the energetic visionaries responsible for this progress would ever allow the throttle to be pulled back by any degree.

There is something of value in this revitalization campaign for everyone. Any business or group of businesses that attract shoppers to Farmville create the opportunity for the entire retail community to take advantage of their presence. Revitalization downtown will send ripples outward in all directions and have a positive impact on businesses located elsewhere in Farmville. And, of course, vice versa.

Good dreams that are shared with others, however, attain the added possibility of doubling and re-doubling their power as they attract additional dreamers. In the best-case scenario, such dreams never wake up. They become reality. Downtown Farmville seems to be driving down that road.

The timing is more than slightly exquisite because the Longwood Small Business Development Center has just published the results of its market analysis that was undertaken specifically to assist Downtown Farmville with revitalization by providing the consumer feedback necessary to most effectively target economic restructuring that addresses the needs and wants of shoppers.

Just because you build something doesn't mean people will come more than once, and then mainly out of curiosity. If you build what they want and need, however-creating a Main Street of their dreams-they will very definitely come again and again and again.

Gaining entry into the Virginia Main Street program, said Downtown Farmville co-chair Chuck Ross, “represents the hard work of a large number of people who are dedicated to making Farmville a better place to live and work. The governor's announcement reflects his confidence that Farmville has the potential to warrant his support and investment. I believe this is the beginning of the true revitalization and transformation of Farmville.” His faith is a shared belief.

The work is just beginning to, as Mr. Johnson said, “take full advantage of the services and guidance afforded us by the Virginia Main Street organization.”

The way is paved.

The light is green.