Consumers Are Begging For Evening Shopping Hours In Farmville 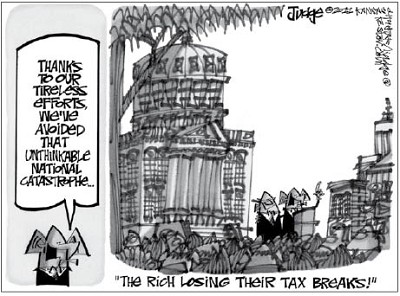 The detailed, yet immensely accessible, Market Survey compiled by the Longwood Small Business Development Center is ripe with consumer information to be harvested and consumed by everyone with an interest in the economic well-being of Farmville and its retail population.

Even the seemingly critical observations by consumers are actually born of their desire to spend more time shopping in Farmville, rather than drive to Richmond or Lynchburg. So no spoonful of sugar is needed to help the medicine go down.

The fact that jumps out most loudly and with greatest clarity is that consumers, of all ages and regardless of where they live, want to be able to shop downtown after 5 p.m. Adding evening hours, even just a couple of nights a week, would have an immediate positive effect, not only in retail sales but in sending a doors-open message to shoppers, encouraging them to adjust their shopping patterns.

One can readily imagine the beneficial effect that extending hours to 8 or 8:30 p.m. during November and December would have as Christmas shoppers take notice. And one recommends against waiting until after Thanksgiving in order to take fullest advantage of college students, who in the days leading up to Christmas vacation are focused on exams. Extending evening hours two nights a week earlier in the fall would also allow consumers to take notice and make their plans accordingly as the Christmas retail season begins in earnest.

The “shop at home” campaign would mean more if businesses kept their home doors open to shoppers in the evening.

A concerted effort, with all businesses working together to observe those same evening hours, cannot achieve anything but a positive result, if pursued by retailers with enthusiastic uniformity and in a voice loud enough to catch the ear of shoppers who might otherwise plan a shopping night out elsewhere. The ripple effect here would see increased business for retailers and then, undoubtedly in many instances, shoppers would then decide to grab a bite to eat at a Farmville restaurant rather than go home and cook after shopping.

That goal can and should be accomplished before too many leaves begin falling from the trees.

The other piece of information that grabs the attention without difficulty, and is a winning match with post-5 p.m. shopping hours, is that consumers want to know what else they can do in Farmville. What a nice piece of criticism. Imagine learning the only complaint your significant other had was that they wanted to do more things with you. More things, not less.

There are various ways to achieve this goal and one of them is to do more to make each business a kind of visitors center. No, not in a way that will increase demands on businesses. It can be achieved quite simply by ensuring each business always has a simple flier that fully lists all things to do in Farmville: shopping-wise, eating out at restaurants, culturally, and recreationally. Provide shoppers with the flier, whether they ask for it or not. Not difficult to do, but quite effective and the market survey clearly demonstrates those coming from out of town, in particular, want to learn what the community has to offer.

“Most people coming from out of town look at Farmville and say, 'Gee, this is a wonderful downtown. It's a nice place. Everybody's friendly,'” states Sheri McGuire, Executive Director of the Longwood University SBDC Network.

Being thought of as wonderful is neither a sling nor an arrow of outrageous fortune.

Embrace being wonderful with both arms.

“What they saw that was missing,” Ms. McGuire said, “was other information about what to do, like 'Where else can I go eat? What else is here?' So that started a conversation about do we really have a marketing problem, too? What if we were to get all of the businesses in town, as well as the tourism office and the chamber, to work together on systematic data collection from visitors that come in….and help reach those people that are already coming to town who want a reason to come back and they want to learn more about what to do while they're here, to get more bang for the buck while they're here.”

Bang on. A little collaboration, communication, and consistency can go from here to a bigger bottom line.

Of the post-5 p.m. shopping hours, Ms. McGuire said, “Everybody wants to have an opportunity to shop after 5.”

“Everybody” is a lot of would-be customers. Stop locking them out at 5 p.m.

“Even if we could just decide amongst the business community certain days where there would be extended hours, and publicize that,” Ms. McGuire told The Herald, “I think that might bring more traffic downtown. Maybe coordination with First Fridays, other things-again, another event that brings people into town.”

As fall approaches, gearing up evening store hours in time to have caught everybody's attention for Christmas shopping begs for a retail team effort.

Doing so would be one small step toward a giant leap.