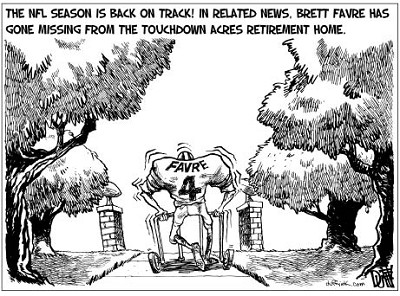 There is a primary next Tuesday, August 23 that will determine half of the November ballot in the election for the new 22nd District Virginia State Senate seat.

Our rural counties in this district need a state senator who understands the state must not transfer the burden of road construction to local government and a state senator who would vigorously oppose any legislation to do so-and the notion is being kicked around, among other possible options, within state government.

Tuesday's primary will decide who will be the Republican nominee to run against Democratic candidate Bert Dodson, of Lynchburg, but the primary is not for Republicans only. The primary is for all of us.

Whether we consider ourselves Republicans.

Tuesday's primary is not closed.

You do not have to declare any party loyalty.

You only have to be qualified to vote in Virginia.

That qualification opens the primary election up to the vast majority of us.

So all you have to do is go vote.

And we reiterate our endorsement of Buckingham County Board of Supervisors member Brian Bates on Tuesday.

Most folks in this area, like most Americans, have voted for Republicans and Democrats during their voting lifetimes. Heck, if you ever voted for former congressman Virgil Goode you voted for a Democrat, an Independent, and a Republican because Mr. Goode was, at various points in his political career, each of those. And former Congressman Goode, who also served in the Virginia General Assembly, has endorsed Mr. Bates.

Ensuring Mr. Bates is on November's ballot is important to this community of Buckingham, Cumberland, Farmville and Prince Edward and if all of us go out and vote for him on Tuesday-conservatives, moderates, liberals, libertarians, Tea Party members, you name it-we can overcome any advantage a candidate from a more populous region of the 22nd district might have.

The other candidates all live along the edges of the 22nd District.

Brian Bates lives here among us.

If you want to holler at him or praise him, you know just where to find him.

What's in it for us?

If we nominate Brian Bates on Tuesday that means November's ballot will have two candidates with a real history of elected public service and local governance, who have experience in representative government, who understand how to work with others to pass laws that create positive outcomes for the community-Mr. Dodson, who served as city councilman and vice-mayor of Lynchburg and Mr. Bates on the Buckingham Board of Supervisors.

If we nominate Brian Bates we will be assured of two candidates who both understand from their experience on local governing bodies that the state of Virginia should not catastrophically push road construction responsibilities onto local government. Catastrophic is not too strong a word, and we believe that Brian Bates understands most fully, among the GOP slate, from his own experience on the Buckingham Board of Supervisors what would happen to the rural heartland of the 22nd Senate District were the state to force that burden on the backs of local government, at the cost of who knows what to local tax rates. He knows what that could do to local funding for education and everything else we look for from our local boards of supervisors.

All of us, whether we are Republicans, Democrats or everything in between or on either side, deserve a November ballot that contains a Republican and Democrat who fully understand, through experience, the impact of state laws on localities and how to maximize positive outcomes through the legislative process.

Electing Brian Bates on Tuesday will give us that assurance in November.

Again, electing Brian Bates will give us two candidates in November we could count on to vote against any state proposal-and the idea is being circulated around Virginia as a possibility-to force localities to fund their own road construction or pay any increased portion of it.

The adoption of such a plan by the state would be legislative madness.

Tuesday's primary really matters a great deal to all of us and that is why we are calling on all Republicans, Democrats, Moderates, all of you in Buckingham, Cumberland, Farmville and Prince Edward, to vote this coming Tuesday for Brian Bates.

A Loathsome Place Of Mine