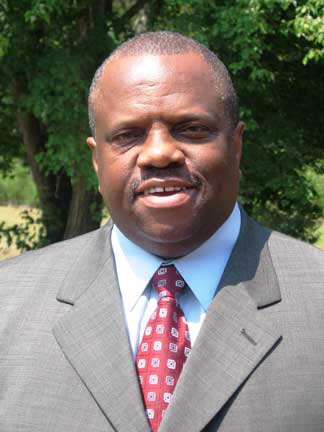 CUMBERLAND – George Reid Jr., current District Four representative on the Cumberland County School Board, formally announced that he would not seek re-election this fall, according to a provided press release. He leaves the post after serving nearly 20 years.

Reid joined the School Board in 1993 when his two oldest children were in high school and his youngest was beginning first grade. He knew then that introducing positive change in a rural county with limited resources would not be easy, states the release.

During his tenure as Board Chairman, 1994-2007, and with the support of the County Board of Supervisors, new elementary, middle, and high school facilities were constructed; state-of-the-art classroom technologies, including personal laptops for all high school students, were introduced into the curriculum; staff salaries and the number of students graduating with advanced high school diplomas, college credits and associates degrees increased; and all of the County's schools became fully accredited, the release noted.

In 2008, Cumberland switched from an appointed to an elected school board. Reid was the only formerly appointed member to be elected.

Reid appreciates having had the opportunity to serve with the current board. Believing that the future success of the schools lies in the hands of the community, he encourages everyone to support the Cumberland Schools, as well as the efforts of the Cumberland County Public Schools Foundation, according to the release.

“To fulfill its vision of being a 'model school system that serves as the educational and resource center for the community,' the Cumberland school system will continue to need a talented and diverse school board that puts the interest of students first,” says Reid. “We've come too far. We have to keep moving forward.”

A native of Cumberland County, Reid is the son of Melrose Randolph Reid and the late George 'Pop' Reid Sr., Cumberland's first African-American sheriff's deputy. After graduating from the county's public schools, Reid attended Virginia State University, where he served in the Army ROTC and became a brother of the Omega Psi Phi Fraternity. Upon receiving his degree, he began his career with The Travelers Companies in New York, the release states.

Reid serves as a trustee co-chair and deacon at the Sharon Baptist Church on Plank Road. He is the Past Master and current Secretary of the Prince Hall Masons-Randolph Lodge #30 in Farmville and a Life Member of the NAACP. He and his wife of 40 years, Martha Sears Reid, have three adult children, two son-in-laws, and five grandchildren.