Don't Distract Me, I'm Trying Hard Not To Drive Safely 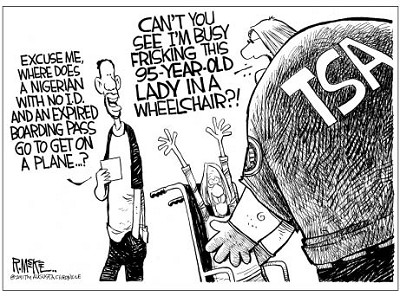 That there are people who actually type out text messages while they are driving a gas-filled motor vehicle, surrounded by other people driving gas-filled vehicles while using their cellphones, texting, combing their hair, and putting on make-up (so they look good at the funeral home), is a form of voluntary premeditated insanity.

All waiting to become manslaughter.

So it was with great pleasure that I read, while sitting at my desk at work-not while driving-that two determined pilot programs in Syracuse, New York and Hartford, Connecticutt have proven enforcement can help such fools put both hands on the wheel and their eyes on the road, instead of pieces of their broken selves and car parts.

What has been described as a high-profile police crackdown saw the use of handheld cellphones and texting plummet during the heightened public awareness campaign and its enthusiastic law enforcement component.

If the strategy can convince more people to click it or ticket, as the pilot programs prove, it can work on cell-phoners and texters.

The National Highway Traffic Safety Administration reports that handheld cellphone use dropped by 57 percent, with texting nose-diving by 72 percent, in Hartford, while there was a 32 percent decline in both categories in Syracuse.

National Transportation Secretary Ray LaHood stated that, “These findings show that strong laws, combined with highly visible police enforcement, can significantly reduce dangerous texting and cellphone use behind the wheel. It is crystal clear that those who try to minimize this dangerous behavior are making a serious error in judgment, especially when half a million people are injured and thousands more killed in distracted driving accidents.”

Anyone who attempts to minimize the danger is delusional. And don't bother texting a rebuttal. Get your rebuttal properly situated in the driver's seat. Look, I have a hard enough time typing at my desk without having an accident. I completely cannot imagine anyone being foolish enough to type while they are attempting to drive a motor vehicle. Clearly, however, there are people on roads all around us more attuned to the verbal or text conversation they are having. I passed two drivers this week who presumably thought they were safely cell-phoning and driving by slowing down on US 460 to about 35 miles per hour, rather than having a phone conversation at 60 m.p.h. Not only was it difficult for the rest of us sharing the road to safely brake and change lanes without running into each other and that cellphonist, but in one instance the driver was also veering out into the left-hand lane in addition to going dangerously slow.

I only wish the police had been around to do something about it.

Virginia needs to be far more pro-active in addressing this killing pastime.