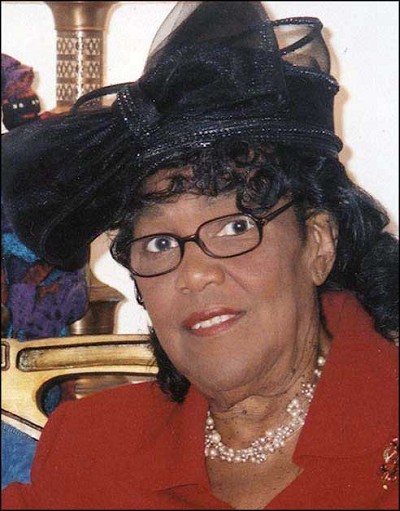 At an early age, Sister Davis accepted Christ as her Savior and became a member of Old Green Creek Baptist Church. She later became a member of Sharon Baptist Church. She graduated from Cumberland County Training School in 1944. She then moved to New Rochelle, NY, where she met and married the love of her life, the late Rev. Robert L. Davis. They had two children, son, Barry (who preceded her in death) and daughter, Robin.

She attended Career Academy in New York City, NY, where she graduated second in her class, earning a license as a Medical Assistant. She was employed by Alexander Jordan, MD, in New Rochelle, NY, for over 25 years.

The late Rev. Davis often described her as a “God Sent Wife” who was very loving and kind, and a “God Fearing First Lady” of the various churches that Rev. Davis pastored. She was a devoted wife who enjoyed cooking and caring for her beloved husband and family. Rev. and Sister Davis were always together and never tired of time shared together.

She is survived by a daughter, Robin C. Whiting; son-in-law, Kenneth M. Whiting; five grandchildren, Chad, Chontrese, Robin, Bryan, and Kore; a great-grandson, Travis; and a host of other relatives and friends.

Viewing will be held Friday from 10 a.m. to 7 p.m. at Bland-Reid Funeral Home.

Bland-Reid Funeral Home, Farmville, is in charge of arrangements.