Water Authority Should Be The Perfect Anti-Storm 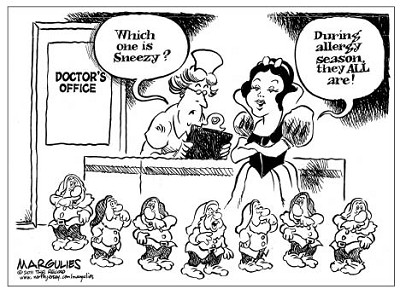 A 'perfect storm' occurs when a fleet of negative things weirdly come together to create an absolute disaster.

The Water Authority proposal unveiled during Friday's joint meeting of Prince Edward County's Board of Supervisors and Farmville's Town Council can be the complete reverse.

The proposal should be an absolute Anti-Perfect Storm because it could bring together perfectly so many positive things to avert disaster and solve the community's long-term water needs.

If, as they should, the Town and County can successfully negotiate the many details of creating a Water Authority-which should lead to construction of a pipeline from the Sandy River Reservoir to the Town's water treatment plant-the names of the supervisors and council members who made this history will go down in local history, along with their county administrator and town manager, respectively. Their names should be mounted in bronze for all to forever see at the intake, where the pipeline leaves the reservoir on its way to Farmville.

Should they fail when such a solution, after so many years of struggle, is so within their grasp…well, no need to go there. These ladies and gentlemen will get the job done. The alternative doesn't deserve contemplation.

The Anti-Perfect Storm is in the immediate, the extended, and the indefinitely-into-the-future forecast for Prince Edward County and the Town of Farmville.

With an authority we could secure the Sandy River Reservoir for this community, tap into it and build a pipeline to Farmville, without raising taxes but while providing a revenue windfall-millions of dollars-to ease the town's financial difficulties.

A brilliant idea, really, threading every camel through the eye of each needle.

Creating a Water Authority can address every major concern raised regarding the County's proposed water system and meet every water need of Prince Edward and Farmville.

The County wouldn't get into the water business and the Town would get out of the water business, thus removing politics from the vital water supply issue while improving the relationship between the two localities by removing that political football from the playing field.

The Water Authority would be able to purchase the Town's water treatment plant and infrastructure, using the Town's employees to operate and maintain the water system.

There would be no need for a second, redundant water treatment plant to be constructed. The community would simply use and improve what it already has.

Nor would the approximately $2 million spent by Prince Edward on intake and/or pipeline plans have been wasted because the water authority could use that information.

With a water authority, taxes wouldn't be raised by either the County or the Town to pay for the water system because their tax dollars won't be used on the system. At all.

The Water Authority would have the legal ability to borrow funds to purchase the Town's water treatment plant, and its infrastructure, while building a pipeline from the Sandy River Reservoir.

The Water Authority could make payments on the loan through revenue generated by the water system, which already has plenty of customers. (There would also be grant possibilities).

That means anybody living in Prospect or Darlington Heights, or anywhere else, who worried about their county tax dollars paying for a water system they never saw themselves using can stop worrying. They won't pay a penny.

The Town, meanwhile, which has been struggling mightily to make ends meet, would receive a major financial windfall through sale of its water treatment and transmission facilities. Carefully invested, the proceeds from the sale of its facilities and infrastructure would provide a financial cushion for the Town, and a measure of tax relief for citizens by reducing the need to raise taxes, for years to come.

An authority could extend water lines out from the Town system into the County as specific needs arose for those lines-when there were actual customers identified who wanted and requested them, such as a new business committed to locate in the county-rather than extend water lines speculatively. So a Water Authority would not have to spend money without knowing there would be an immediate revenue return to help pay for water lines-existing customers wouldn't be paying for speculative waterline construction.

“It's really a solution to the whole water and sewer issue,” Town Manager Gerald Spates told Town Council last week regarding the general concept of a water authority, noting a plethora of details would need to be worked out.

Full credit to the Town of Farmville and Prince Edward County for engaging in negotiations, even as the County pursued possible creation of its own separate water treatment plant and system using the Sandy River Reservoir.

Board of Supervisors Chairman William G. “Buckie” Fore, a part-time employee of this newspaper, said the negotiations were maintained “in order to seek a win-win solution to our community water issue.” A very wise dual track.

The Water Authority can be developed into the ultimate win-win for the entire community and there is no acceptable reason to fail to do so.

The Anti-Perfect Storm is coming together at just the right time. For that, we are thankful.

Future generations who call this community home will be grateful to add their own eternal gratitude in all the years ahead.