Moton Museum And High Bridge Trail Will Team Up Well 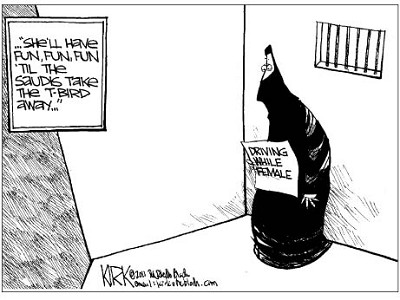 Two tremendous local resources have been making a similar and simultaneous journey toward establishing their full potential as natural and historical/cultural resources.

When all is said and done, these two local treasures, High Bridge Trail State Park and the Robert Russa Moton Museum, will combine and complement one another to our very great benefit-to our understanding and appreciation of both natural and cultural transcendence. And to the profound benefit of those who come to visit and learn for themselves.

High Bridge Trail State Park will live up to its name next spring when the bridge, itself, becomes the trail's centerpiece-a bird's eye view eight football fields long across the Appomattox River valley.

Those afraid of heights shouldn't worry about trail and terror because there will be plenty of fall-proof protection. Accompanied by the park's manager Eric Hougland, a recent venture out on the bridge far enough to know the finished product will provide stunning vistas was just a taste of views to come.

The spring of 2012 will be perfect timing, opening the bridge for spring, summer and fall next year-peak months. But even winter will take the breath away from High Bridge. Especially on cold days. The bridge attracts breezes out of the sky the way clues attract Sherlock Holmes.

Speaking of attraction, High Bridge Trail State Park will begin attracting folks to Farmville in ever-increasing numbers once word of the bridge's opening spreads about this wonderful natural resource that adds so much to our own quality of life while positively contributing to the economy.

Our cultural resources are perfect companion partners with our parks and trails to enrich our community. Fittingly, at the same time that work has been proceeding on High Bridge Trail State Park, the Robert Russa Moton Museum has seen much renovation work and progress toward the full realization of its interpretative galleries. When it re-opens to the public in late August, the first spreading of its transformational wings will be obvious.

Ultimately, the museum will feature six galleries, each telling an important chapter of the civil rights history begun at the former R. R. Moton High School by Barbara Rose Johns and her classmates in their strike against separate and unequal school facilities for African Americans in 1951 and continued by those who followed.

The first gallery will be the auditorium from which the historic student strike began. The museum's website speaks about a collection of photos dating back to the 1951 strike, as well as news stories that will take the visitor “through the Moton story. Original writing from the diary of strike leader, Barbara Johns, and many other exciting and educational items (will be) on display. Perhaps the most exciting experience of all is being able to stand on the same stage that Barbara Johns did in 1951 when she delivered her speech to the entire student body.”

High Bridge Trail and the Moton Museum, which anchors the 14-locality Civil Rights in Education Heritage Trail, are more than local treasures and so they will demonstrably prove in the years ahead. Together, they will give tourists a reason to do more than stop by our community for a couple of hours to enjoy one or the other. Together, they are a compelling reason to stay the night-to hike the trail and tour the museum the next day, or tour the museum and hike the trail the next day.

And, from a local financial point of view, that will make all the economic difference in the world, helping to create and sustain jobs for our people and raise the quality of life for them and their children.

When a community convinces tourists to spend the night, dollars are spent in those local economies in far greater numbers than are spent by day-trippers. Importantly, tourist dollars, new dollars from the outside, are an economic transfusion coursing through a community's economic veins, with a proportionally greater impact than dollars generated from within the community.

A transfusion of new dollars rather than a recirculation of the old dollars.

But this isn't simply a matter of dollars and cents. It is also very much about the senses.

In High Bridge Trail State Park and the R. R. Moton Museum, all of us can see the beauty of Virginia's Heartland and feel the powerful beating of America's heart.

(Editor's note: it is important to stress that High Bridge is not open and to emphasize the several signs and barriers which clearly state the bridge and even the approach to the proximity to the bridge are closed to the public and that anyone breaching that perimeter will be guilty of trespassing, in addition to endangering their lives. Wait until next spring. The Herald was invited by the park's manager Eric Hougland to visit the work zone, accompanied by him and with permission, for a news story on the progress by Keith Barber Construction, Inc., the Farmville company turning High Bridge's 2,400 feet into a safe trail. Again, there are barriers and multiple signs declaring the under-construction bridgework to be off limits, so don't trespass and risk arrest and injury.)