Little-Known American Legend Is The Definition Of Mind Over Matter 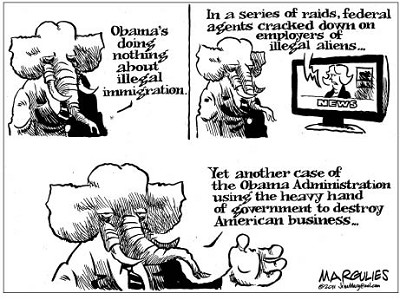 They don't make them like the late great cyclist Bobby Walthour Sr. anymore. He's every mythical sporting legend and Hollywood athletic hero rolled into one. And, though you may shortly doubt it-not even fatal injuries and being declared dead stopped him-he's real, born on New Year's Day in 1878.

Today's Major League Baseball disabled list, by way of comparison, finds athletes not playing for two weeks or more because of injuries that include hip stiffness, a right knee bruise, right ankle weakness, shoulder discomfort, discomfort in a toe, lower back stiffness and left bicep soreness.

Stiff, sore or bruised and these millionaires are on the shelf for weeks, nor are they alone in modern professional sport.

A baseball player has missed games because he strained his back standing for the National Anthem, another when he pulled a muscle turning off an alarm clock, and a third strained a muscle propping a pillow up behind his son's head. Through the years, more than one has pulled a muscle while sneezing and gone on the disabled list.

Perhaps most strangely, Clarence Blethen, a pitcher for the Red Sox and Dodgers in the 1920s, actually bit himself in the butt. Mr. Blethen thought he looked more intimidating to batters if he took out his false teeth, which he did, putting them in his back pocket. But he once forgot to put the false teeth back in his mouth when he batted, hitting a double, sliding into second, and literally biting himself with those false teeth in the backside so hard he had to leave the game.

Those false teeth would have known better than to try that sort of thing with Bobby Walthour Sr.

Mr. Walthour, a Hall of Fame American cyclist from the 1900s whose first cycling paycheck came as a youthful bike messenger in Atlanta, wouldn't have noticed the minor aches and pains (mere inconveniences) that routinely disable NFL and MLB players. Thanks to a thoroughly researched and riveting just-published biography by Andrew M. Homan, the cyclist's superhuman endurance and indifference to pain and injury-virtually death itself-can become an example of the importance of attitude, of will power, and mind over matter to us all. His mental strength could have moved mountains and probably did somewhere.

On page 212 of Life In The Slipstream: The Legend Of Bobby Walthour Sr., Mr. Homan quotes a 1915 Washington Post listing of Mr. Walthour's cycling injuries: “broken his right collar bone 27 times; broken left collar bone 18 times; suffered rib fractures 30 times; had more than 40 stitches taken in both legs; has more than 100 body scars as a result of bruises; he has 60 stitch marks in his face, forehead and head as a result of sewed up wounds; has broken six of his 10 fingers, has been pronounced dead twice and fatally injured at least six times.”

Over 85 broken bones and he was pronounced dead twice, while suffering fatal injuries on half a dozen other occasions.

Most people have never heard of Mr. Walthour, who was a sports icon and idol-even to other professional athletes in the early 1900s-and attracted sell-out crowds to Madison Square Garden for the famous, or infamous, Six-Day Races. His life is a compelling story and would make a blockbuster film. On or off the track, Mr. Walthour was the epitome of indefatigable resistance to pain and mischance on or off the racetrack.

For example, Mr. Walthour amassed a fortune winning races in the US and Europe but the huge sums he kept in a German bank account was all confiscated by the Kaiser, who grabbed up the assets of foreign accounts to help pay for World War One. Never one to take anything lying down, Mr. Walthour volunteered to help train French infantry to cycle. “I want to coach the poilus (French infantrymen) in bike riding so we can be the first to chase the Kaiser out of Berlin,” Mr. Walthour was quoted as explaining in 1918.

Mind over matter. Responding to misfortune. Getting back up after falling. Nobody tops this guy.

When asked in 1915 which of his crashes was the most spectacular, Mr. Walthour said this: “Well, I guess it happened in Leipzig (Austria on May 12, 1907). A bunch of riders went down in front of me. I was so close to them that I couldn't steer clear. I hit the bunch and down I went. That's the last thing I remember until I came to in America four weeks later. However, the most peculiar part of that spill is that after I hit the boards I got up, climbed back on my bike and although I had a broken collar bone, two broken fingers, a nasty gash on my head and a ten-inch rip in my leg, I finished and won the race which had only about six laps to go from the place where the spill occurred. I don't remember a thing about getting up. My memory was blank from the time I catapulted from the saddle until I 'came to' nearly a month later in my home in New Jersey.”

Seriously, folks. As he was drifting into a coma, with broken bones and ripped flesh, Mr. Walthour got back on his bike and won the race. Won through to victory and regained consciousness a month later on a different continent.

Hollywood can't make this stuff up.

In an email giving me permission to quote from his book, Mr. Homan writes, “I'm not sure I would believe half the stories…unless I pieced this crazy puzzle together myself-what a (cycling) life!”

What a life, indeed.

And what an inspiration to everyone, all of us who get knocked down, crashed into, or simply fall down when we think we cannot take another step or another day. It's the getting back up that matters and defines us, not the knocking crash that sends us falling down.

The will to live should be our last testament.

It was certainly Mr. Walthour's.

(Life In The Slipstream: The Legend of Bobby Walthour Sr. is written by Andrew M. Homan and published this spring by Potomac Books, Inc. of Washington, D.C. It can be ordered through Barnes And Noble here in Farmville, and all other bookstores.)