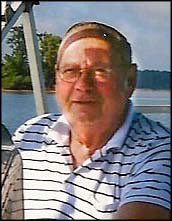 SCOTTSVILLE, June 28 – Frederick Lewis Palmore Sr., 75, of Scottsville, passed away at his home surrounded by his family on Friday, June 24, 2011. He was born to Rosa Palmore Duncan and Ernest Dabney Palmore Sr. on April 4, 1936 in Buckingham. In addition to his parents, he was preceded in death by a brother, Ernest “Junior” Dabney Palmore Jr. and a granddaughter, Kelsey Ann Palmore.

Thacker Brothers Funeral Home, Scottsville, was in charge of arrangements.

Family and friends may share memories and photos at www.thackerbrothers.com.