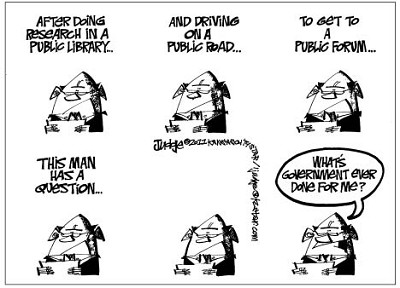 There is no arrested development in the Farmville Police Department.

In the sixteen months since he assumed the position of chief, Mr. Mooney and the department have made tremendous concurrent strides in many important directions. Already a resident of Farmville, Chief Mooney came from the Chesterfield County Police Department with a wealth of experience, a firm understanding of this community, and an effective awareness of the Farmville Police Department.

Chief Mooney is not the only man to give his best on behalf of the community from the position of police chief but, in the wake of the Town Council-authorized 2009 assessment of the department, he faced defined challenges to realize the department's full potential. No praise of Chief Mooney is intended to be, nor should it be viewed as, criticism of anyone who came before him. The praise is what it is-an acknowledgment of the exemplary work being done by the man who is now chief of police and, as a result, the exemplary work being done by the department as a whole. It is clearly a team effort.

As Farmville Town Manager Gerald Spates said, “I think we've addressed everything (in the 2009 assessment). What were weaknesses are now strengths…I'm proud of what Doug's done.”

Mr. Spates also made the appropriate point of applauding the department's officers, saying it “was critical” that they bought into Chief Mooney's leadership and plans for the department. There is no leading if nobody follows and the best leadership nurtures the leadership capabilities of those following-which is being proved true within the Farmville Police Department.

Effective leaders also make those around them feel good about themselves and the work they are doing, the mission they are working to accomplish together.

Accreditation, and the other department initiatives, Chief Mooney noted, “will further help our professionalism.”

When asked to assess Chief Mooney's year and a half as police chief, Police Lieutenant Andy Ellington said Chief Mooney is “taking us in an entirely different direction…taking us to higher standards.”

There is, said Lt. Ellington, “a lot more accountability and responsibilities. We're moving in the right direction.”

With the new policies and guidelines, he observed, “everything is spelled out. You know exactly what to expect…What you can and can't do.”

All of those things “lead to a better police officer and a stronger police department,” Lt. Ellington said.

Central to that is developing a relationship of trust with the community, which the department has embraced with vigor, making community outreach an absolute theme, whether it be National Night Out or developing Neighborhood Watch Programs. Chief Mooney calls it “getting more face-to-face time with people in a non-confrontational or enforcement setting. And we've been able to do that.”

The trust and lines of communication between the department and the community it serves has already proven to help law enforcement. The department is seeing more people call to report illegal activities and those people are seeing the department respond with determination.

Chief Mooney is not limiting with his praise, lavishing kudos on the police officers and the public, alike.

“Everything is working out very well.”

And that well is in no danger of going dry.