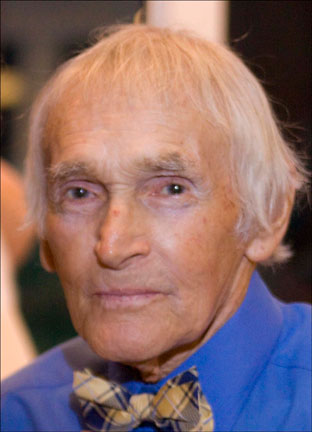 Following high school, he worked briefly as a coal miner before working at the naval shipyard in Norfolk. He entered the U.S. Navy as a SeaBee, serving on the USS Crosley in the Pacific Theatre of WWII. After an honorable discharge, Mr. White returned to his hometown, where he married Jo Ann Mullins. Desiring a better life for his young family, they moved to Maryland, and at this time he enlisted in the Naval Reserves and entered the commercial construction field. He was superintendent of Allied Construction Company in Baltimore, where he specialized in heavy bridge construction for many years.

Pursuing a lifelong dream of being a farmer and living in the country, Mr. White moved his family to Cumberland County in 1970. His dream became “Echo Acres,” where he hosted a Labor Day weekend-long reunion for family and friends for 40 years. He founded Echo Enterprises, a construction company, and continued to be self-employed until his retirement. He and his wife enjoyed spending their winters in the Florida Keys and South Florida for the past 23 years.

Family visitation will be held on Tuesday, June 14 from 6-8 p.m. with funeral services on Wednesday morning, June 15, at 11 a.m. at Puckett Funeral Home. Flowers are gratefully accepted or memorial contributions may be made to the VFW, Buckingham Post 8446. Interment will be private with military rites.