The State Senate's New 22nd District Is A Great Opportunity 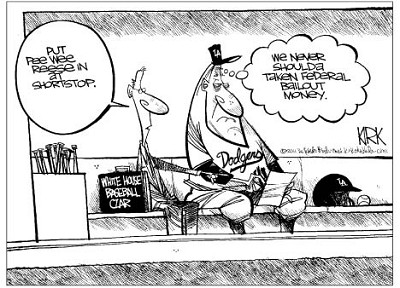 Anyone who has ever wanted to run for the State Senate will never have a better opportunity than the wide open chance offered by the new 22nd District because the just-born district has no incumbent. There is no entrenched sitting member of the Senate to topple and unseat. It just won't ever get any better than this.

The new district is like a wedge of Swiss cheese because there are so many openings-in this case for potential candidates. Expect those openings to be filled. One General Assembly veteran said he expects upwards of a dozen candidates to seek the GOP nomination but Republicans won't be the only interested party.

The new 22nd District also offers this community the best chance to send a candidate to the General Assembly-one of its own-because Buckingham, Cumberland and Prince Edward form much of the district's core. One local candidate-Buckingham Board of Supervisors member Brian Bates-has already officially announced a bid for the GOP nomination and I have heard the names of several other possibilities from Farmville, Prince Edward, Buckingham and Cumberland.

The other localities in the 22nd District-which was previously centered around Roanoke-are Amherst, Appomattox, Fluvanna, Goochland, along with part of Lynchburg and Louisa. In addition to being without an incumbent, the new district is also particularly open to a political newcomer because it obviously hasn't established a geographic identity or self-awareness. Nobody can say, 'Oh, there's no sense in one of us running because the district's power base is in such and such a community.' This new 22nd district won't have any kind of voting history until after the next-its first-election.

So we can start the trend of a state senator from our part of the district by working to nominate the best possible candidates from our community of interest. Doing so is even more vital because the General Assembly redistricting which gave us the new 22nd District with all of us in it together also resulted in Buckingham, Cumberland and Prince Edward being split apart, each county in a different House of Delegates District (but there is a way to deal with that-see editorial below).

Get the most effective person elected State Senator from Buckingham, Cumberland or Prince Edward, and then get them reelected, and our community's voice can be distinctively heard in the Senate's chamber, one of just 40 voices.

And let's act with bipartisan wisdom and see that the nominees from both the Republican and Democratic Parties come from our community.

With that strategy, whoever wins, then we win.