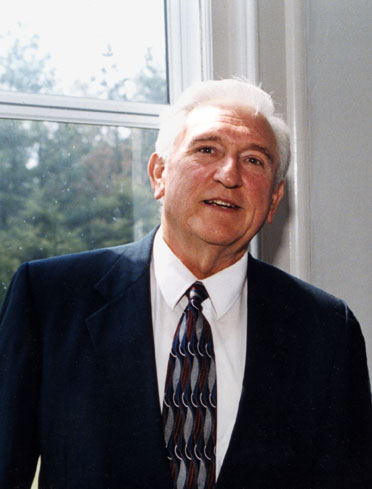 Mr. Haga graduated from Randolph-Macon Academy in 1947 and from Randolph-Macon College in 1951. He later attended the University of Virginia School of Engineering. While awaiting call by the Army, he raised chickens for Bird's Eye on Virginia's Eastern Shore. After Officers Candidate School, he was an Ordinance officer stationed on the German-French border. Upon his discharge, he bought a large farm near Prospect where he raised crops and cattle – a venture in which he dubbed himself a “professional gambler.” As a young man he enjoyed rabbit and deer hunting with his father and sister and, throughout his adult life, he owned a number of dogs and was once active in The Old Dominion Beagle Club. He recently lost his faithful dog, Cote.

He had a passion for music and sang with college glee clubs, church choirs and choral societies – Jefferson Choral Society of Lynchburg, Heart of Virginia Chorale, and Commonwealth Chorale of Farmville. He often sang for weddings and funerals. His love for music carried over into participation in over 60 musicals and plays with as many as six theatre groups, including Waterworks Players of Farmville. His favorite role was as Emile de Becque in South Pacific and his favorite solo was “Some Enchanted Evening.” His favorite dramatization and solo was “Watch the Lamb” which he performed at various churches and Southside Emmaus gatherings. During the 2010 Christmas season, he sang Handel's Messiah for the 71st consecutive year.

He was a creative storyteller who was known for his wit and puns as well as favorite nicknames for all his friends.

A musical celebration for Mr. Haga, which he personally planned, will be held at the Farmville United Methodist Church on Sunday, May 22, at 2 p.m., with visitation and reception to follow at Longwood University's Rotunda. A private committal service for his ashes will be held at a later date.

Cremation Society of Virginia-Southside, Inc. is in charge of arrangements. Online condolences may be expressed to the family at www.cremationofvirginia.com