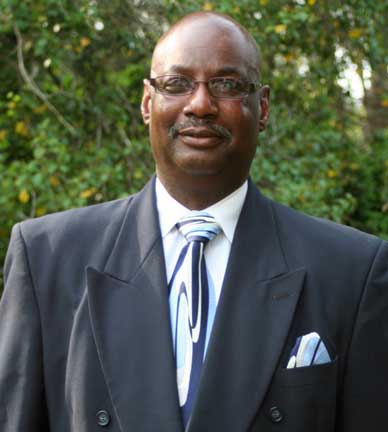 BUCKINGHAM – William “Bill” H. Merritt, Jr. has announced his plans to be a candidate for sheriff in the November election. He said he will run as an independent.

Merritt, who served as a deputy with the Buckingham County Sheriff's Office for the last three years, recently retired after a total of 24 years in law enforcement.

Born and raised in South Hill, Merritt began his law enforcement career on September 6, 1987, when he was hired by the Richmond City Sheriff's Office, under the leadership of Sheriff Andrew J. Winston.

Following basic jailor school, Merritt worked shift work at the jail. Advancing quickly, he moved to lock-up where he was promoted to sergeant and then later to lieutenant. After his promotion to lieutenant, Merritt relocated back to the city jail as shift commander.

In 1997, he moved to the John Marshall Court Building in the civil process department where he said he performed his duties with excellence and professionalism.

In 2001, Merritt, his wife Carol, a Buckingham native, and granddaughter Ebony moved to Buckingham County.

Although he commuted to Richmond for several months, Merritt, wanting to work closer to home, applied for a position with the Fluvanna County Sheriff's Office and was hired by Sheriff Ryant Washington. Merritt worked as a patrol officer and supervised courtroom security and transportation.

Noting that the position with Fluvanna County was great, Merritt shared that he longed to fulfill his goal of working in Buckingham, the place he considers home.

On January 2, 2008, Merritt was hired by the Buckingham County Sheriff's Office under the leadership of Sheriff William G. Kidd, Jr.

After retiring on January 31, 2011, Merritt continues to work part-time at Longwood University and with the Town of Crew Police Department.

Merritt offered, “The love of police work is still in me. That is why I feel that as a candidate for sheriff of Buckingham County I can serve the people well.”

Envisioning a partnership with the community, Merritt said, “I want to be a people's sheriff.” He explained that his plans include getting the community involved through programs such as neighborhood watch and community policing.

“My motto is It's Time for a Change,” stated Merritt. “I want to be a sheriff for all the people.” He added, “With an open door policy.”

Merritt offered, “I want to make the Sheriff's Office of Buckingham County one of the best departments in the state.”

According to Merritt, his goals if elected include cracking down on any criminal activity in the county and providing a more visible patrol presence by his officers. He explained, “I want to make Buckingham County a safe place to live and raise a family.”

Bill and Carol Merritt, who have been married for 23 years, reside in the northern part of the county. They attend Ridgeway Baptist Church, in Scottsville, where Bill serves as an associate pastor.