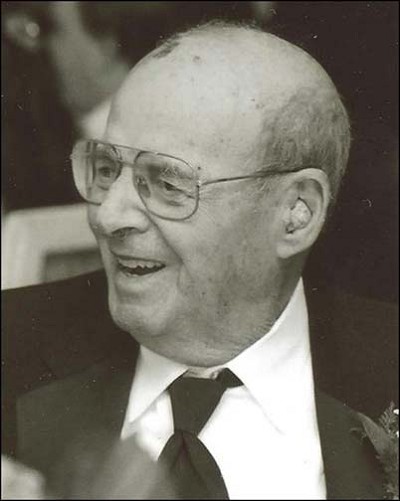 MAY 24 – Edward Grant Cumpston, 91, of Farmville, passed away Saturday, May 21, 2011 in Richmond. He was born in Pittsburg, Pennsylvania to the late Edith and Edward A. Cumpston.

Mr. Cumpston served his country honorably in the U.S. Army during WWII. He retired in 1982, after a long career with the Centel Telephone Company in Farmville. Mr. Cumpston was an avid golfer and he enjoyed his morning breakfast with all his friends in Farmville.

He was a loving and devoted father and is survived by his three daughters, Nancy Cumpston, Shirley Cumpston Lane and husband, Robert and Cathy Cumpston Alonso and husband, Hector; five grandchildren, Grant Clark, Lisa Alonso, Dana Lane and husband, Bill Plowden, Sarah Alonso and husband, Mike Bellezza and Robert Lane and wife, Jana; nine great-grandchildren, Haileigh and Hunter Clark, Brandon, Robert, Brookelynn and Hayden Lane, Kaleigh and Leah Plowden and Abigail Bellezza. He was preceded in death by his wife of 47 years, Lucy Catherine Monteith Cumpston, his three brothers and one sister.

The family wishes to express a special thank you to Josefina Capellan and Edwin Ramos for all their help and to Granny Sarah for all her love and assistance. Also, thank you to Hector who has been there for all the Cumpston family for years.

A funeral service was held Tuesday, May 24, at the chapel of Puckett Funeral Home with interment in Trinity Memorial Gardens in Rice.

Puckett Funeral Home, Farmville, was in charge of arrangements.