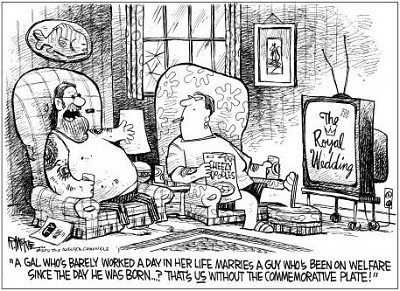 Immigration reform has justifiably resurfaced as a leading issue in Washington, D.C. but regrettably with the usual political jousting sticks clattering in partisan cacophony. We need problem-solving, not partisanship. And Democrats and Republicans are both to blame.

While a massive challenge, genuine immigration reform should pursue these three simple goals:

2.) Create a pathway to citizenship for illegal immigrants already here who do not otherwise have a criminal record.

3.) Detain and deport illegal immigrants who are criminals.

That trio of achievements will constitute meaningful immigration reform.

Most people, and politicians, would agree with the first and third points. The overwhelming majority of people want our borders secured to stop the flow of illegal immigration. And a similar percentage of individuals want criminals among the illegal immigrant population to be arrested, detained and deported.

The real debate is on the second point, with many endorsing a citizenship pathway and many others believing all illegal immigrants should be detained and deported.

Common sense alone tells us, however, that this nation could never ever possibly arrest, detain and deport anything like a majority of the illegal immigrant population, much less all of them. That is simply not achievable and we would waste so many resources pursuing an impossible goal, both financial and human.

We would strengthen ourselves as a nation, on the other hand, by bringing this shadow population into the light, with citizenship opening doors to the many ways citizens contribute to the economic and social well-being of this country.

Senator Patrick Leahy recently observed, “Immigration reform is a complicated and emotional topic, and while there are many differences of opinion, there are more areas in which we are in agreement. I believe one thing is clear, however: we cannot 'enforce' our way out of our current situation. The President and his team have made strides in enforcement. Truly comprehensive immigration reform must preserve family unity, account for the nation's economic needs, protect American workers, and improve our nation's border security. I stand ready to work with President Obama, Secretary Napolitano, and leaders in Congress to reform our immigration laws in a fair, sensible and effective way. There is bipartisan agreement that reform is needed. I hope we can achieve that goal together.”

Howard Buffett, philanthropist and president of the Howard G. Buffett Foundation, reacted to President Obama's recent speech on immigration reform by saying, “There are a lot of mistaken assumptions about the role of immigrants in our society and their contributions. We need to develop reform policies that get people to pay back taxes, become legal, invest more in their communities, and, in the process, help our economy. But we need a rational and long overdue conversation on the issue in order to make it happen, including acknowledging we already have made a lot of progress on border security issues.”

Randy Johnson, meanwhile, Senior Vice President of Labor, Immigration, and Employee Benefits with the U.S. Chamber of Commerce, stated, “We need to tee the issue up so we are ready to go whenever. We need immigration reform and to give credit to both the Bush and Obama Administrations for taking important steps to secure the border and lay the groundwork for a broader reform that our country needs.”

And San Antonio Mayor Julian Castro said this: “I applaud President Obama for clearly defining immigration reform as a priority for the future of America. It is time for policy to take precedence over politics. Securing our borders and securing our economic future with a 21st century workforce are not mutually exclusive goals.”

We are a nation of immigrants. We are also the greatest nation in the world specifically because we have encouraged the American Dream to come true by blending the talents of so many diverse individuals from so many varied backgrounds.

This is no time to stop believing in that dream.

Rural Voters Must Look Beyond GOP And Democratic Labels,…