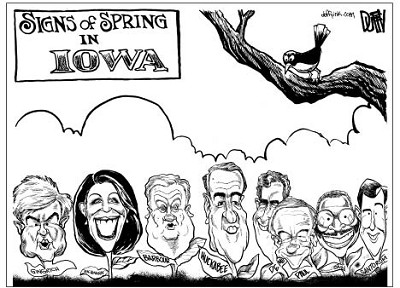 Rep. Robert Hurt got it right.

He's opened a district office in Farmville to better serve the people of Buckingham, Cumberland, Farmville and Prince Edward, along with residents in surrounding localities for whom this office will be more convenient and accessible than going to Danville or Charlottesville.

The decision follows in the footsteps of every other congressman for the past 40-plus years, Democrat, Republican or Independent.

Between the North Carolina border-sniffing Danville and the Blue Ridge Mountain-viewing Charlottesville the Fifth District stretches far and wide. Farmville is the logical place for the necessary third district office.

There was never any danger of either the Danville or Charlottesville offices closing but after the elections of Tom Perriello and Robert Hurt there was expectant waiting for those freshmen representatives to make the decision their constituents needed them to make. Each of them opted to re-open the district's Farmville office, thankfully, and at the same location favored by former congressman Virgil Goode-515 South Main Street, within the Longwood Small Business Development Center building.

Rep. Hurt has certainly chosen an experienced individual as Farmville Field Office Director. Paul Hoffman served as State Director to then-Congressman Dick Cheney in Wyoming and was subsequently appointed by President George W. Bush as Deputy Assistant Secretary in the US Department of the Interior. The Prince Edward County resident has been active in the local Republican Party-secretary for the county's party organization and he headed up, as he puts it, the Prince Edward County effort to elect Mr. Hurt to Congress.

Mr. Hoffman is an intelligent, experienced man who should perform admirably on behalf of the people in the Fifth District. (In the interests of full disclosure, Mr. Hoffman wrote an op-ed piece that regularly appeared on The Herald's editorial pages from 2008 until his appointment by Rep. Hurt).

Expect Mr. Hoffman to respond diligently to constituent needs and to leave “politics” out of that office. Indeed, in his final column for The Herald, he wrote, “My new job is not to convey my ideas, but rather to listen to the people of the Southside area, provide appropriate assistance whenever possible, and to communicate constituent views to Representative Hurt…I also look forward to representing Robert Hurt and serving all of his constituents. I will be available to visit with anyone about issues pertaining to the federal government, whether it is a personal matter that requires the Congressman's assistance or you want to communicate your views on a larger policy direction for the federal government.”

Constituent service is where the rubber meets the road. Constituent service is personal and vital. The policy debates and political wrangles in Washington, D.C. are ghosts compared with the real life flesh and blood issues that people need their congressional office to address for them as advocate and fixer. Congressional offices and staffers like Mr. Hoffman are meant to be the scissors that cut through federal government red tape that often holds logical solutions hostage. If you've got a problem involving the federal government, contact Mr. Hoffman: the office's phone number is 395-0120 and the fax number is 395-1248.

“Constituent services has been and will continue to be our top priority in Congress,” Rep. Hurt said in a statement released announcing the opening of the Farmville district office. “We're excited to open our District office in Farmville to continue to serve the people of central and Southside Virginia.”

And we're glad to have the office opened here in Farmville for the folks in Buckingham, Cumberland, Prince Edward, and elsewhere, to be able to look someone in the eye and speak with them face-to-face when it matters most.