Let Prince Edward's Water Meetings Be Informational Rather Than Confrontational 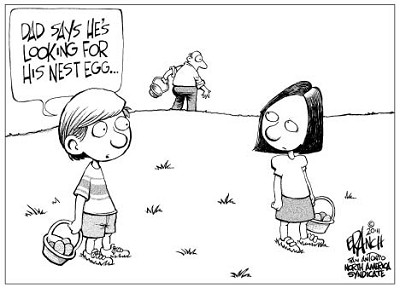 Prince Edward County is embarking on a series of crucial informational meetings about a proposed County water system and these vitally important gatherings must be just that-informational, not confrontational, meetings.

The board of supervisors is keeping its promise by holding these meetings and doing so district by district. Information will be presented and residents will be able to ask questions of County officials, and their own elected representative, and have those questions answered.

For these meetings to fulfill their promise the integrity of each must be respected by those in attendance, by everyone involved, but particularly by those who have already made up their minds either 'for' or 'against' a County water system using the Sandy River Reservoir.

This series of public meetings must not be taken over by anyone on either side grandstanding with speeches and trying to take center stage.

Far better for everyone-even those who have made up their minds-to attend the meetings with a mind that is open.

I am divulging no secrets when I repeat my own strong belief that the Sandy River Reservoir must be secured without delay for this community as the only guaranteed drought-proof source of water for Farmville and Prince Edward-a long-term solution to a chronic situation-with a preference for a joint pipeline project between Prince Edward County and the Town of Farmville. But any words of advocacy for my own position in this editorial stop here and now.

Instead, I urge everyone to leave their opinions at home, if they attend one of these meetings, and bring a willingness to listen to the information that is presented, to listen attentively also to the questions asked and to the answers, posing any question you may have, too, and listening to the response.

A momentous decision is at hand. Whatever the County's decision on the proposed water project it will be momentous and will have a major impact on the future, on the history of this community.

It is crucial for everyone that the County makes the correct decision and the best chance for that to happen is in an atmosphere of civil discourse, of discussion, of questions and answers, of talking with one another, not at one another. With words used as tools of wisdom, rather than a weapon's stones.

Nor should anyone supporting or opposing the idea of a County water system take their argument on tour, district by district, showing up at meetings intended for the people of that particular district. Attend the meeting in your district and let others do the same. In that way, the residents of each district will have their own voice and have it heard by their member of the Board of Supervisors.

Don't attend the meetings to show anybody up or put anybody down.

Respect the enormity of the decision at hand.

And respect those faced with the responsibility of making that decision.

In today's edition of The Farmville Herald there is a County-produced four-page informational insert-The Sandy River Reservoir System Project: The Facts About Water In Prince Edward County. I strongly urge everyone to read and contemplate the information, including the graphs and the photograph of the Appomattox River taken during the drought of 2002 as what was left of the river flowed into Farmville's Water Treatment Plant-a flow of water not even three feet wide that you could easily straddle, one leg on the left “bank” and the other on the right “bank.”

The river's “bank account” was nearly overdrawn and empty.

(The informational meetings begin next Tuesday, April 26. This is the schedule:

Lockett District-April 26 at 7 p.m. at the Rice Volunteer Fire Department.

Prospect District-April 28 at 7 p.m. at the Prospect Volunteer Fire Department.

Hampden District-May 2 at 7 p.m. at the Hampden-Sydney Volunteer Fire Department.

Buffalo District-May 3 at 7 p.m. at the Darlington-Heights Volunteer Fire Department.