Justice Was Blind, But Not Left In The Dark By Judge Blanton 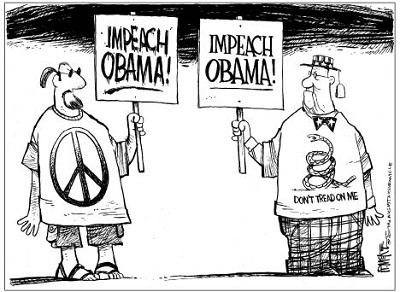 The courthouse will no longer find him presiding as judge.

And that is justice's loss.

We know that to be the true because of the work done on justice's behalf by Judge Blanton for 16 years.

This isn't a case of not knowing what you've got until you lose it.

Justice knows what it has lost because of what Judge Blanton gave it all of those years.

Mr. Blanton has earned the right to leave the gavel behind, well and truly used, and to take up the mandolin when not perusing box scores.

The gentleman from Cumberland was a noteworthy judge and now he leaves the bench behind with our good wishes that he revel in becoming a man of notes, whatever tunes he chooses to play.

Justice, they say, is blind. Indeed, most of the famous statues depict Lady Justice to be blindfolded, and so totally impartial and unconcerned about the wealth or social rank or condition of those appearing in court and depending on a just decision. Pure justice must be blinded to everything but justice.

Nothing else matters in a court of law but the cultivation, nurture and harvest of a bountiful justice.

That wheat must be separated from the considerable chaff that surrounds it.

Being blind, justice was in good hands with Judge Blanton, able to trust his sight and vision during court proceedings to help guide justice through the maze of legal proceedings that can diminish justice's full effect.

There are many attributes that come to mind when Judge Blanton is considered but perhaps the best is simply that he is a good human being-a not-so-simple thing to be. Good human beings make the best judges and their number now includes the judicial career of Richard S. Blanton.

That is the whole truth and nothing but the truth.

In rating a judge, or considering the finer attributes one wishes to find in court, there are many things to consider.

In the online judicial rating survey at courthouseforum.com one is asked a variety of questions about their experience in court.

Did the judge give the proceedings a sense of dignity?

Did the judge treat everyone involved politely and with courtesy?

Was there an empathy with the parties involved?

Were the participants treated with respect?

Did the judge present a neutral presence on the bench?

Was everyone given an opportunity to be heard?

Was the law correctly applied?

Did the judge demonstrate impartiality and integrity?

Richard S. Blanton, in addition to being a devoted fan of bluegrass music, is an ardent follower of our national pastime. Indeed, he maintains a child-like enthusiasm for baseball and, in particular, for the New York Yankees. To have kept that spirit of embracing joy and innocence alive-a quality I prize most highly in people-says something special about the man, about anyone.

And anyone who saw the look on his face as he played the mandolin with blue grass legend Rhonda Vincent and her band The Rage during his retirement celebration would know that pure spirit is very much alive and well in the retired judge.

Someone pointed out to him, in the course of a conversation during his retirement celebration last month, that the Yankees had even managed to win for him that afternoon on Opening Day. Mr. Blanton's face lit up and he excitedly described getting home in time to see the Yankees come from behind to beat the Detroit Tigers.

Then, registering empathy, he quickly remembered he was speaking with a Tigers fan even though the person with whom he was conversing had never told him so. Mr. Blanton had somehow recalled hearing the fact on the radio one morning more than a year ago and instantly spoke in a tone of commiseration. He has been in the shoes, even as a Yankees fan, of one whose team has lost.

Unlike Richard S. Blanton, who batted 1.000 when it came to ensuring that when he presided over a court of law justice would not only be blind to everyone, but justice would surely be seen by all.