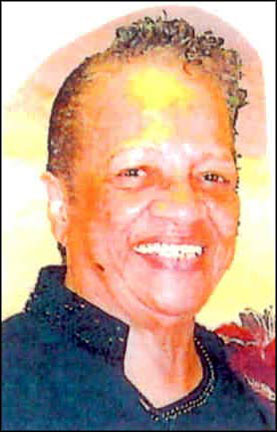 APRIL 12 – On Friday, April 8, 2011 the Angel of the Lord came and escorted His servant Constance “Connie” Cornelia Nelson from labor to eternal rest. She was born on August 29, 1927 to the late Martin Van Morgan and Ora Coleman-Morgan in Brooklyn, New York. Ms. Nelson was the eldest of five siblings. She was preceded in death by her late husband, Lewis E. Nelson, two sons, Leo Cooke Sr. and John Cooke, two brothers, Martin Morgan, II and Charles Morgan, and sister, Carlotta Walker.

Later, God directed the family to move to Farmville where they joined the Spirit of Life, COGIC. She faithfully served on the Mother's Board in the Senior Choir, as a prayer Warrior, in the Kitchen Ministry, and licensed as a Missionary. After a lengthy commitment to Spirit of Life, COGIC, the family joined the St. Luke, COGIC, Keysville, where she continued her faithful service unto the Lord. She served with diligence, compassion, and strength. No task was too great or too small, she gave her all.

Funeral services will be conducted at 1 p.m., April 14, at the Spirit of Life, COGIC. The family is allowing viewing on Wednesday, April 13, from 2 p.m.-7 p.m. (public) and 7 p.m.-8 p.m. (family) at Carl U. Eggleston Funeral Establishment, Farmville.