We're All Orbiting Together In Prospect, Cumberland, Dillwyn And In Farmville 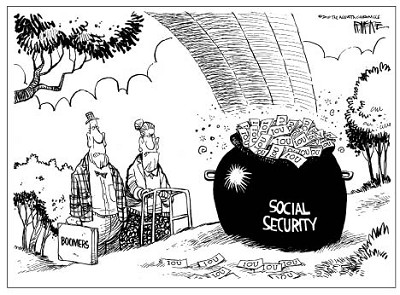 Standing in the backyard waiting for the spaceships on this Tuesday night in March, the stars cover us like a blanket that is still being woven over Buckingham, Cumberland, Prince Edward and Farmville.

A sky and a blanket we all share together, no matter where, precisely, we call home.

In a few moments, the space shuttle Discovery will appear in the western sky over Cumberland Court House, Rice, and Dillwyn.

That much we know.

The shuttle will be followed by the International Space Station, the two spaceships orbiting tonight in tandem before Discovery returns to Earth, its final mission over, landing at the Kennedy Space Center in Florida tomorrow.

We've never seen a spaceship before, not one in orbit. Sure, many of us have seen the Mercury, Gemini, Apollo and Lunar Excursion Module at the Air And Space Museum in Washington, D.C.

But to see a spaceship in flight through the night sky promises to be a far more compelling experience than looking at a capsule on display in a museum, no matter how interesting it was to be that close to those chapters in our nation's space history.

I've got goose bumps, and not because it is a clear, cold night in Cartersville, Prospect and Arvonia.

My wife has brought her cell phone outside with us because its illuminated clock function will allow us to know precisely when to begin looking in earnest. I ask her about every 20 seconds what time it is, feeling like a kid at Christmas.

Though a confirmed space junkie from childhood, this will be my first vision of a spaceship orbiting the Earth. I simply had no idea one could see the space shuttle or the International Space Station from Earth with the naked eye.

But there are websites with nightly timetables for many of the satellites in space, along with the International Space Station (ISS) and space shuttles when a launch has sent one up into orbit with the ISS.

I have the week's time schedule and we know to the second when to look into the starry-eyed western horizon for a light that will be brighter than the brightest star. I look deeply into the night sky, as if willing the space shuttle and space station to appear.

And there it is!

Out of nowhere, seemingly. Among all the stationary stars, this moving light astonishes us, even though we were expecting it, flying out of the west straight toward us.

“Please don't blink,” I tell the light, because we are looking nowhere else in the sky now and if this light turns out to be a plane then it will be too late to look for anything else and we will have missed our one and only chance to see Discovery in orbit before it lands.

Hurrah! The light doesn't blink because the light is reflected sun.

The light is Discovery, now passing almost directly overhead, its journey across our sky lasting more than a minute before it suddenly disappears in the east.

And there is the International Space Station coming on Discovery's heels out of the west. As predicted, the ISS's solar array catches more sunlight from over the horizon and makes the space station even brighter than Discovery.

We're laughing and shouting in wonder, our spirits weightless and our pug clearly trying to figure out what the fuss is all about and when he'll get dinner and off his leash.

The fuss? There are people up there in those spaceships, flying, to our eyes, with the constellations and planets.

Not science fiction, but human fact.

And we savor sharing this moment with those astronauts and with each other.

Strangely, or perhaps not, the space shuttle program and the ISS seem more real than either had a moment ago.

Or perhaps “more personal” is the better way to put it, in the same way that meeting a major celebrity and having even a brief conversation makes them a part of your life in a way that didn't exist previously.

The conceptual, even though the concept is real, has become concrete.

On Friday night, we will stand under the stars again to watch the International Space Station pass overhead, alone after Discovery's touch-down.

We will be there with it, under the same stars and beneath this shared heaven and all of Earth's gravity.

Flying through space, too, on our own piece of light in the night sky over Farmville, Cumberland, Buckingham and Prince Edward.

In the eyes of those in orbit, we, too, must be a wondrous sight.

'Operation Honor Guard' Brings Equal And Opposite Display Of…