Regional Team Can Win 'Championships' For Our Communities 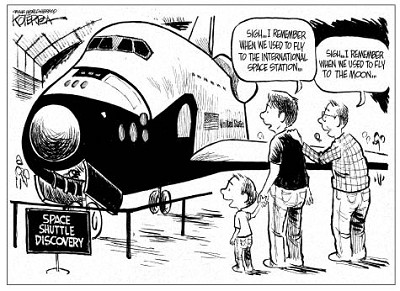 Try picking a penny off the ground using just one finger.

Every finger needs a thumb to lift a single cent.

Just as one business doesn't make a chamber of commerce.

Nor does a solitary player constitute a team.

As good as he was in the Super Bowl, quarterback Aaron Rodgers won the MVP because his teammates blocked and ran and caught the ball, tackling and sacking and intercepting on defense. Together, the Green Bay Packers became champions. The team won because the team played together.

Working together effectively as a region holds similar promise for the same reasons.

“The work that can be done when you work as a region is so much greater than what you can do when you try to do it alone,” Fifth District Congressman Robert Hurt told those attending the recent Commonwealth Regional Council roundtable in Farmville. “Especially with the challenges we've faced in the last 10 to 20 years with the loss of our textile and furniture base and manufacturing and the decline in a lot of the tobacco production. We've all shared those challenges and I think our future success depends on working together.”

Our future success does indeed depend on working together.

High Bridge Trail State Park is a good visual illustration. Four counties and two towns together make the park what it is and what it shall mean for the region. Remove any one of them and the park is diminished, as would be the park's positive impact on the community.

Just as the CRC would be more effective for our region and its member localities were the Town of Farmville and Cumberland County to rejoin the organization.

“This coming year, and probably for a number of years to come, the localities within this region will be faced with many struggles,” CRC acting president and CEO Mary Hickman told Farmville Town Council members during their February meeting, that “can't be overcome alone.”

Localities, Ms. Hickman said, “need to reach out to other groups on an issue-by-issue basis, seeking allies and building coalitions.”

But first, the longtime area planner noted, “localities must reach out to each other, to come together on the many issues that (confront) them.

“That ultimately unifies them as a region,” Ms. Hickman explained. The CRC, she believes, sharing that belief with council members, “is that vehicle by which localities can come together to discuss problems of greater than local significance and encourage local government cooperation.”

She is correct. There is no other vehicle in our region capable of providing anything like the potential for regional effectiveness as the CRC.

Not even the strongest of our fingers can alone lift a single penny off the ground.

And as a regional community our challenge is to successfully lift far more than a single coin.

The CRC will rise or fall-and with it our regional potential-based on the level of commitment from its member localities. It is the only vehicle we've got capable of being a regional team to overcome obstacles and capitalize on opportunities.

To the benefit of all.

You can bet that every other regional planning district commission and economic development team in the state is hoping we don't fully empower the CRC with committed membership so they can take what we might have.