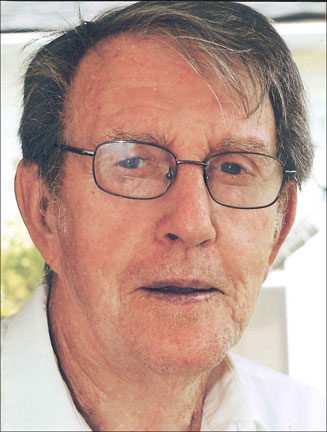 BURKEVILLE, March 1 – Raymond Lee Dalton, 83, of Burkeville, passed away surrounded by his family on the evening of Friday, February 25, 2011. He was the oldest son of James Edward Dalton and Nellie Mae Jones. He was preceded in death by his beloved wife of 60 years, Eloise Adams Dalton, two brothers and a sister.

Mr. Dalton served in the U.S. Navy, worked for the railroad, ran a service station and worked for the Kyanite Mine until his retirement. He was a devout member of The Church of Jesus Christ of Latter Day Saints and he served many years in leadership positions. He served two full-time missions for the church, one in New Mexico and the other in Sydney, Australia.

He was a wonderful husband, father and Pepa. He loved old westerns, John Wayne, any sporting event and his grandchildren. He was loved by so many people and he will be greatly missed.

The family will receive friends on Friday, March 4, from 6 – 9 p.m. at the Joseph McMillian Funeral Home in Blackstone.

McMillian Funeral Home, Blackstone, is in charge of arrangements.