Our Fifth District May Not Last Very Much Longer 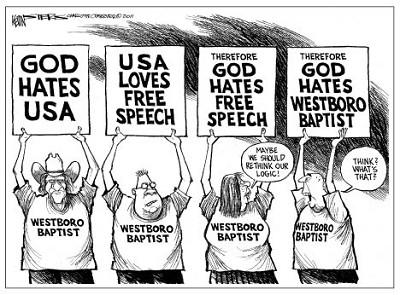 Beware, Buckingham, Cumberland, Prince Edward and Farmville, foul schemes may be afoot to diminish our political voice in the House of Representatives.

How'd you like to call our congressman's district office in Fauquier County?

The idea is hopelessly unable to meet any sense of justice, let alone logic and common sense, but there may be some politicians considering just that outcome to Virginia's congressional redistricting. According to some reports-and I've seen the map posted on the Bearing Drift website-the plan was put together by our congressional delegation to preserve their own political skin.

Let's tan their hides, if the reports are true.

C. Douglas Smith, executive director of the Virginia Interfaith Center for Public Policy and chairman of the Virginia Redistricting Coalition has described the plan in news reports as “partisan gerrymandering at its worst…They've ignored voters' communities of interest to reinforce their own self-interests.”

Even if this proposal has been publicly shunted and disavowed by our congressional delegation and members of the legislature by the time this is published, the obliteration of the Fifth District as we know it is just the sort of thing that can happen.

Therefore, no matter what happens next, we've all got to pay attention to preserve our vital community of interest and a genuine voice in Congress, regardless of who or which party happens to be in office.

Asked to respond to the purported district plan, Fifth District Congressman Robert Hurt told The Herald via email: “The responsibility to draw the new congressional district lines properly rests with the Virginia General Assembly and not the U.S. Congress. Because of relative population growth, the geographic size of rural districts will necessarily have to grow to meet the requirements of the U.S. Constitution. I am confident that the General Assembly will draw new congressional lines that will fairly reflect the many communities of interest across the Commonwealth.”

And now a few words from Governor Bob McDonald.

“As Virginia redraws its legislative districts later this year, the process should take place in a manner that is fair and open. Legislative districts should be drawn in a way that reflects commonsense geographic boundaries and communities of interests as required by law. This Bipartisan Redistricting Commission will contribute to public involvement, openness, and fairness in the redistricting process.”

Gov. McDonald uttered, announced and published those words in January as he unveiled the bipartisan commission, a commission that better be eating its spinach and staying far away from kryptonite.

Now we'll find out if the governor meant what he said.

There is that proposed congressional redistricting map that has surfaced without being released by those who drew it up that would make a mockery of the Fifth District and its citizens, spitting a huge wad of contempt at any notion of a community of interest, entirely flushing the concept of compact and contiguous.

The Fifth District, under this particular proposal, would stretch from North Carolina all the way up to Fauquier County and the suburbs of Washington, D.C.

Compact and contiguous, my asterisk.

A community of interest?

Cumberland, Buckingham, Prince Edward and Farmville share no community of interest with Culpeper and Fauquier Counties.

The General Assembly, of course, must approve all redistricting, which will include House of Delegates and State Senate districts, and the legislature will be reconvening later this spring to do just that.

But there are smoke-filled rooms in the meantime and politicians scheming their schemes whether the General Assembly is in session or not. Redistricting is the Great White Whale to many in politics in both parties and there is more than one Captain Ahab bent on exacting their own goals whether there is a community of interest or not.

When the governor announced his bipartisan commission Lieutenant Governor Bill Bolling said, “I applaud Governor McDonnell for keeping our campaign promise to pursue bipartisan redistricting in Virginia. The goal of the redistricting process should be to form legislative districts that are compact, contiguous and share a common interest.”

Again, we look to the lieutenant governor to join with Gov. McDonnell to fill their words with definitions of accountability. Prose is fine. We want the promise kept.

The governor's bipartisan commission is a good one, the 11 members include Republicans and Democrats, two former judges, one former federal judge nominated by a Republican president and one former state judge initially elected by a Democratic-led legislature and one independent chairman and they come from diverse backgrounds, as well: business, government service and academia.

But they can only review and recommend. They cannot enforce.

We must not let them happen to us.

Our voice-and no matter what party or philosophy we support we are a community of interest and deserve strong advocacy-cannot be smothered in the dark of night with the pillow that would be the suburbs of Washington, D.C.

We must take this as a warning shot across our bow.