Farmville-PE Can Partner A Declaration Of Independence From Drought 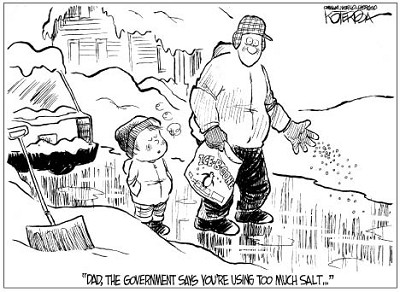 History's feeling good about the step taken last week by the Prince Edward County Board of Supervisors and Farmville's Town Council toward a joint discussion about getting drought-proof water from the Sandy River Reservoir to benefit both localities. Where that discussion leads, and how it gets there, will be up to Town Council and the Board of Supervisors, with vital contributions from Town Manager Gerald Spates and County Administrator Wade Bartlett, but the most productive conversation begins with a single word.

There is no doubt the Town and County can achieve mission success together far more effectively than going it alone. There are a variety of ways to pool resources and implement a plan in everyone's best interests and nobody's self-interests. The Town of Farmville and Prince Edward County have the leaders necessary to draft a blueprint for the best partnership in the most effective way. A number of options have been discussed through the years since the 2002 drought got everyone's attention. One of them, we believe, will be chosen for its ability to secure the Sandy River Reservoir's drought-proof water in the way that serves Farmville and Prince Edward best.

Prince Edward County and the Town of Farmville should feel free to pursue creative ways to achieve the mission described by Board of Supervisors Chairman William G. “Buckie” Fore. “I think some of us have lost sight of what the mission really is. The mission's not to build a water plant,” Mr. Fore told The Herald following last week's joint Town-County meeting. “The mission is to ensure that the Town of Farmville never, ever runs out of water. It doesn't make any difference how you get there.”

That is the mission.

Moreover, it is a mission that all of us surely agree to be in the most vital interests of Prince Edward County and the Town of Farmville.

And, no, it does not make any difference at all how we get there.

But it will make all the difference in our world that we arrive.