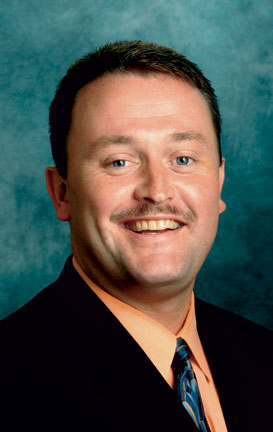 FARMVILLE – After nearly eight years of service, Gwen Eddleman, Ed.D., has announced she will retire from her position as president and CEO of Centra Southside Community Hospital in Farmville on March 22.

Eddleman began her career as a nurse and over the past 45 years has served in top roles in hospitals across the country. She was recruited as CEO by the Southside Community Hospital Board of Directors and embarked on an 18-month formal strategic planning process to identify options to ensure the viability of the hospital. This strategic planning process led the board to the conclusion that a partnership with Centra would ensure a strong, state-of-the-art hospital after the affiliation.

Not only was Eddleman instrumental in Southside hospital joining Centra in 2006, but she facilitated the integration of Southside into the Centra system and provided oversight for the continued expansion and improvement of healthcare services to the Farmville area. Eddleman oversaw the improvement of important healthcare services, including the 2007 construction of Southside's new birthing center to replace the 1957 vintage delivery rooms, the hospital's recent renovation of its patient rooms as well as many other projects that have supported enhanced quality and safety for patients in the Farmville facility.

“I have great respect for Gwen's record and her many achievements throughout her career, and she and I had been talking about her retirement for awhile,” said George Dawson, Centra president and CEO. “She has laid the foundation for a strong hospital system attuned to meeting the healthcare needs of the Farmville region. Her retirement opens the door for Centra to take another step forward with further enhancement of services through a restructuring of Centra Southside Community Hospital's leadership.”

That leader will be Tibbs, who has been named the new president and CEO. Tibbs' appointment was approved by the Southside board Wednesday evening at the recommendation of Dawson. Tibbs also will continue his other professional responsibilities at Centra Lynchburg General and Centra Virginia Baptist hospitals, including emergency services and surgical services. As a result of this leadership restructuring, he will have clinical responsibility across the three hospitals and accelerate the development of consistent clinical process across the Centra system.

Stephen Keith, Ed.D., Southside board chairman, said, “Our board appreciates Gwen's contributions. With the appointment of a senior Centra executive as president and CEO of Centra Southside Community Hospital this underscores the commitment Centra has to the quality of healthcare in our region. Having worked with E.W. in the past, we appreciate the experience and leadership he brings.”

“We are fortunate that we have a Centra leader with the wealth of healthcare expertise needed to continue with the enhancement of services and to improve quality at Southside Community Hospital,” Dawson said. “He brings a wealth of healthcare experience and is a recognized leader in cultivating the kind of teamwork and efficiency across hospital facilities that leads to improving quality.”

Tibbs has been with Centra since 2006, and as the senior vice president for operations, has broad clinical and operational leadership responsibilities. He is a registered nurse and holds a B.S. in nursing, a master of business administration and has more than 15 years in healthcare management, including three years as the president and CEO of Bedford Memorial Hospital.

Continuing to tie Farmville and Lynchburg operations more closely will be important, Tibbs said, pointing to the benefits already received. They include Centra Southside's recent national recognition as one of the Top 100 Most Wired hospitals in the country for delivering excellent patient care. That award in part is due to the partnering with Centra's IT department, which has been honored with that distinction plus the Top 25 Most Wireless hospitals in the country.