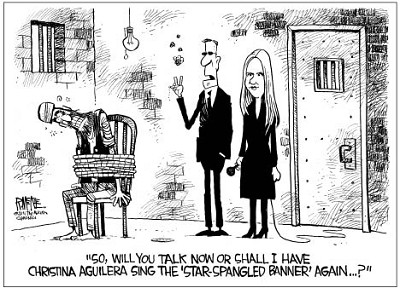 When manned spaceflights began in the 1960s each launch was a far greater television event than American Idol.

Believe it or not.

As manned spaceflights temporarily end they seem less anticipated than a re-run of re-runs.

Raise your hand if you watched the Discovery's launch last week. Yep, most copies of this newspaper are still firmly gripped in both hands. If you'd asked me the same question regarding 95 percent of the previous shuttle missions my hands would be right there with yours. The mission dates always seemed submerged as a last piece of filler news deep in newspapers or as an off-the-cuff quip if there were 10 seconds left to fill in a newscast.

I have visited the Kennedy Space Center and gone inside the display shuttle. And one day I stood on the beach in Florida with my family, listening to NASA radio and looking toward the Cape, sweaty palms, heart palpitating, only to have a shuttle launch aborted five seconds before lift-off. I still miss that eyewitness launch that never was.

But I would watch Discovery disappear into the clear blue Florida sky. The famous shuttle's last launch had attracted just enough media coverage to get my attention and so I could not miss it.

As a kid growing up in the 1960s, launch days for Gemini and Apollo missions were the highlight of the school week. When the teacher rolled out the big black and white television on the metal cart your heart started beating faster just thinking about the rush of excitement you'd feel when the announcer started counting backwards from 10. The words “lift off” seemed to separate our young minds from Earth's gravity, if only for an instant. And part of us rose up along with the astronauts. The sense of wonder was truly out of this world.

In those days, all the front pages of every newspaper were filled with photographs and thrilling descriptions. Every newscast and broadcast crackled with voices from space orbiting the Earth or, later and beyond our wildest imaginations, the moon.

On the day of Discovery's final launch there was not a mention at all on the front page of a prominent Virginia daily newspaper. Nothing on page 2 or page 3, either. Ah, yes, there it is-a single column of copy on page 4. One small step for man.

Unlike Helen of Troy, this space shuttle wasn't just the face that launched a thousand ships. Discovery's beauty is more than skin deep, having logged 143 million miles on some of the most historic launches to leave this planet. First flying in 1984, this shuttle took the Hubble Space Telescope into space. It flew to the International Space Station a dozen times, helping to assemble and supply it. In a moment of space odyssey-ness, 77-year-old John Glenn-the first American into orbit-returned to those heavenly heights of his early manhood aboard Discovery. Most significantly, it was Discovery that took our nation back into flight after the Challenger and Columbia tragedies.

Prior to its 39th and final launch, it had spent 352 days in space, orbiting the Earth 5,628 times. Discovery has now spent nearly the equivalent of a year in space, keeping its precious human crew safe for every minute of every orbit-the most important fact of all.

Having watched every single Gemini and Apollo space launch as a kid, collecting all the mission patches along the way, I am surprised at myself for letting most of the space shuttle missions slip past without murmur. But today, as I type these words on my computer screen, I am watching, with just the click of a “mouse,” the astronauts being strapped into their seats aboard Discovery thanks to the internet and the NASA channel, watching and listening to it all.

And I am awed by the science fiction turned into science fact packed into that previous sentence. After watching the launch on the computer in my office, I will type some last words about Discovery's final mission and then lean back and contemplate the wonder of it all.

A smile crosses my face as I watch NASA flight crew specialists spend so much time strapping the astronauts in, putting on their gloves, attaching the helmets and making all sorts of space suit equipment adjustments-laborious because it must be done precisely. And I wonder, for the first time ever, how the astronauts could possibly manage to get everything strapped in and on by themselves for re-entry.

The single new question, after decades of following space flights, reminds me of what a child might ask and I quietly thank Discovery for taking me to that place inside of me.

“Been there, done that” is a catchy phrase but we lose something precious if our sense of wonder is allowed to grow out of us as we grow up in this world. Better to nurture it, instead, pulling up our weeds of complacency and apathy by the roots.

Discovery's last final journey will be to the Smithsonian.

Think I'll visit her some day and pay my respects.

That is the giant leap.