Once Upon A Time VDOT Sat On One Billion Dollars 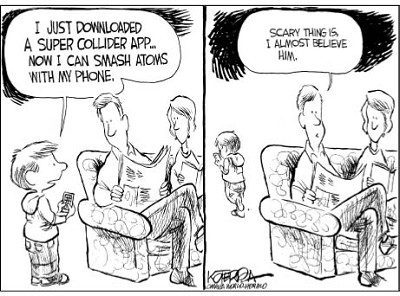 Everybody remember The Princess And The Pea?

She tried to sleep on top of 20 feather beds but to no avail because there was a single pea beneath the bottom feather bed.

The princess should have used a posturepeadic mattress.

Virginia's Department of Transportation comfortably sat on one billion dollars-how high and mighty it must have felt from such a height on such a wad of cash-something the princess could never do.

A pity, then, that the princess wasn't enthroned at VDOT. Had she worn the crown, that one billion dollars would have been used as it should-to enhance transportation around the state.

Thankfully, an independent audit discovered the one billion dollars and thus between $800 million and $900 million worth of maintenance and construction contracts will be awarded by the end of the year.

Here's hope for all that cha-ching.

In one of the great understatements ever regarding VDOT sitting on one billion dollars instead of using it for Virginia's transportation needs, Gov. McDonnell responded to the audit result by saying, “that is unacceptable.”

But, really, what else can a governor say without stooping to profanity?

That's what else the governor said, and an excellent zinger it was, too.

Credit, also, to Gov. McDonnell for ordering the audit which found the one billion dollars.

A billion dollars. Driving around money. But none of us in these rural parts of Virginia should be holding our breath to see the grand improvements to our own roads unless you enjoy turning blue in the face.

The Princess And The Peanut.

That would be us.

So roll on over everyone and try to get some sleep.

Dream what it must feel like to be sitting on one billion dollars.

Obamacare Built On The Backs Of The Elderly