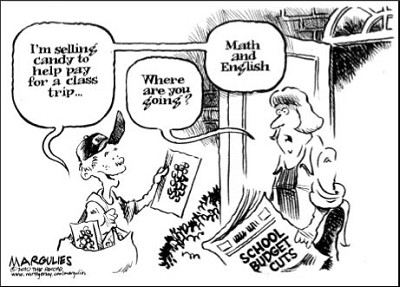 One of Tom Perriello's first acts as congressman was to create a committee of war veterans from across the Fifth District. And one of the first things he said to them, a member of that committee told me, was of his goal to make it possible for veterans to receive care, paid by the Veterans Administration, at their local hospital. The congressman kept that commitment, which is why the VA is creating a pilot program that will allow, as reported in The Herald last Friday, veterans to receive care in Farmville at Centra Southside Community Hospital, instead of having to drive to a VA facility in Richmond or Roanoke or Danville. The VA will pay for that medical treatment and the veterans, Rep. Perriello said, can use their primary care physicians.

Everyone should be able to take a pause from campaign mode and acknowledge the good thing that is being done for people who absolutely deserve it. This initiative merits praise from Republicans and Democrats, alike. From conservatives and liberals. From moderates and Libertarians and, of course, from independents.

Our veterans deserve united support and this program is, as someone observed during a recent conversation, one of those initiatives that seems so obviously good and filled with common sense and caring that you wonder-why didn't anybody do this before?

Rep. Perriello, a member of the House Committee on Veterans Affairs, told us the VA didn't come running with its arms open wide to embrace this program. “We gave them no choice,” he said, of himself and fellow members of congress who fought for the measure.

If this pilot program works as it should, it will serve as a blueprint in rural America, from sea to shining sea.

“…We're certainly excited for our veterans around Prince Edward. It's a great local victory but also a broader victory for veterans (everywhere) to start from the standpoint of how can we make it as easy as possible to receive healthcare instead of putting up hurdles,” Rep. Perriello told The Herald.

“…This is just going to be an amazing advance in access to health care for local veterans,” Rep. Perriello said, calling it “something that will reflect more of a 21st Century approach.”

Continuing to offer nothing more than a 20th Century approach would be wrong, a disservice, shameful.

“It is particularly important that we find ways to expand access to health care and using existing primary care facilities is a great way and I pushed very hard for it…” said Rep. Perriello, who could make that claim without blushing because he has kept the needs of veterans at the forefront of his Fifth District representation from the very beginning of his first term in congress.

Centra Southside Community Hospital will obviously play a critical role in this initiative, just as it will benefit from the increased business. Were the hospital not here in Farmville then this Veterans Administration pilot program would not be here, either. This is another positive ripple from the presence of such a medical facility. In every way, this project is good for Farmville, Prince Edward and the community of localities in the region.

Precisely the kind of news the men and women who have served this nation in our military deserve.

“We are excited with the potential and look forward to working with all of the veterans, the VA and local officials to bring this new veterans benefit to reality,” she said, “as quickly as possible.”

Which should mean months, not years.

Our nation has not always treated veterans with the respect and compassion they deserve once they have returned home, particularly if they have medical needs.

We are now marching in a better direction, toward taking health care to them in their own communities, rather than giving an 80-year old man no choice but to get up with the sun and ride in a van for hours to spend the entire day away from the home for which he fought and the country for which he was willing to die.

Those who survive the wars they fought for us are heroes too.

Saluting them with this kind of compassion-in-chief is honor given where honor is due.

Hurt Really Is 'From Here'

Editor, The Herald: “From Here" is the message on the latest mailer from Tom Perriello. This poses the question: which... read more