Prayers Of Healing For The Families Bearing Their Loss 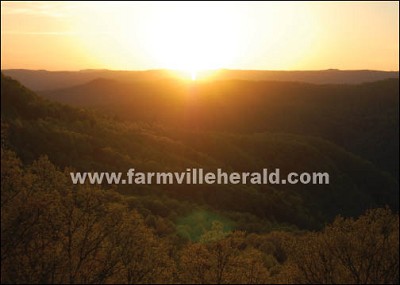 In a plea agreement that sees him avoid the death penalty he has been sentenced to four life terms and will spend the rest of his life in prison. No possibility of parole.

Many people have been asking themselves, since the news broke Monday afternoon, if that is enough and wondering if the death penalty should have been pursued in court.

Those are valid questions.

There is a valid answer.

And opinions which matter more than mine or yours, in this case.

The death penalty is an issue which divides people, sometimes starkly and demonstrably. This is neither the time nor the place to engage in that debate, which sees people of good faith taking stands based on shared moral and spiritual principles, looking at them through different windows and at different angles.

What matters most in this specific case, and why Prince Edward County Commonwealth's Attorney, James R. Ennis, did the right thing, is the wishes of the families of those who were killed in Farmville last September.

What I want or you might want means nothing to anyone but ourselves. And we should yield even that part of ourselves to accept, in our own hearts, the wishes of those whose loss cannot be understood by anyone but them.

We should wish for them what they wish.

Their hope should be ours.

In this space and within these words, it is.

“I met with the families, discussed it as an option,” Mr. Ennis told The Herald. “All the families were in agreement-all the victims' families. So it was with their advice and consent that we entered into the plea agreement.

“Hopefully,” Mr. Ennis told this newspaper, “it will bring them some degree of closure.”

Nothing can ever bring Debra Sue Kelley, Mark Alan Niederbrock, Emma Niederbrock and Melanie Grace Wells back to life among us. Those who loved them faced a decision nobody on Earth should have to face after suffering a loss that nobody should have to bear. Their decision is accepted here with an open heart and with prayers for each of them to find the peace in their souls which passes all understanding.

The families of the victims released this statement, which was obtained through the office of Commonwealth's Attorney Ennis:

“We are thankful that the trial of these cases is over and that we may now have some degree of closure. We wish to thank the Farmville Police Department and the Virginia State Police and other members of law enforcement who worked so diligently to bring this case to a successful conclusion.

“We also wish to thank everyone for their expressions of support and their many acts of kindness over the past year,” the families' statement continues. “We have endured a tragedy of unspeakable proportion. We are relieved that justice has been done.

“While we will never forget our loved ones or the circumstances of their deaths,” they say to all of us, “we hope to move forward and begin the healing process.”