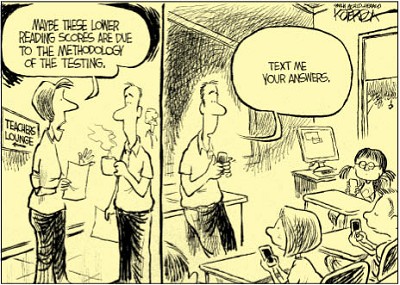 Hey, Dr. Tambourine Man, play a song for me.

A musical prescription instead of pills?

The day physicians do give someone an Rx for rock, jazz or classical music may not be that over the hills and far away, or close to the edge, down by the river.

Those sitting in waiting rooms may hear their doctor say, “Who's Next?” as they prescribe “Baba O'Riley” or “Won't Get Fooled Again.”

A very serious study is underway, the research being conducted by scientists at Glasgow Caledonian University, using a mixture of psychology and audio engineering to determine how music might be able to create certain healing responses, according to a report by the BBC News.

Eventually, music may be used to treat physical pain, as well as depression.

Specifically, the study is focusing on melody, lyrics, and rhythm and how they might “help regulate a patient's mood,” the BBC reports.

Dr. Don Knox, an audio engineer who is heading the study, believes the impact can be significant and that a mathematical model can be developed to explain how music conveys a variety of emotions.

The BBC quotes Dr. Knox as saying, “By making it possible to search for music and organize collections according to emotional content, such (computer) programs could fundamentally change the way we interact with music. Some online stores already tag music according to whether a piece is 'happy' or 'sad.' Our project is refining this approach and giving it a firm scientific foundation, unlocking all kinds of possibilities and opportunities as a result.”

Anyone who enjoys music can testify to its mood-shaping effects and previous studies on the subject have determined what types of music stimulate the brain to write or perform mathematics.

Music has a very definite effect on mood and thus a physical effect, as well. That's why so many people who run listen to music while jogging their five Miles Davis. We all have our “get pumped” songs and melodies that help with contemplation and working through the problems of the day, or exorcise the blues. Other music relieves stress, calms us down.

Hundreds of baseball players in major and minor league parks select a specific portion of a certain song to be played as they approach home plate for each at-bat of a ball game. Numerous sports teams have one designated player to assess the locker room's mood each day and be in charge of what music is played.

Music does have a very real effect and on some the effect can be upliftingly sustaining.

I know someone with a deep sensitivity to music who said he “lived” on a guitar solo, keeping it alive in his head for days after hearing it in concert, and felt exhilarated throughout.

Any study that helps focus our understanding of music in a way that cultivates the obvious healing qualities we all know it possesses would be an answer that isn't just blowing in the wind.

Both Political Parties Represent Themselves Most Of The Time