Both Political Parties Represent Themselves Most Of The Time 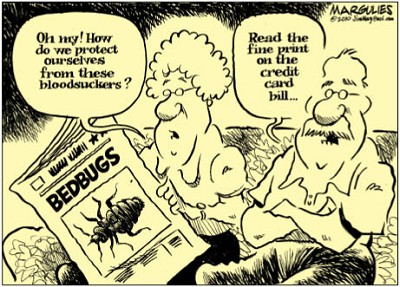 Whether Rep. Tom Perriello is reelected or State Senator Robert Hurt is elected in November, the residents of the Fifth District, as a whole, will not be represented as well as the Democratic or Republican parties, respectively, depending upon the election's outcome.

While researching Rep. Perriello's record of voting with the Democratic Party 90.4 percent of the time-for which he has been criticized-it became appallingly clear that the overwhelming majority of Congress votes along party lines over 90 percent of the time. So the criticism of Rep. Perriello should either stop or be expanded to include everyone in congress-Republicans and Democrats, alike.

Actually, Rep. Perriello votes along party lines less than 88 percent of all the rest of the members of the House of Representatives-including both Republicans and Democrats. He breaks rank more often than the great majority of his fellow Republican and Democratic House members. But his 90.4 percent is still nine times out of 10 with his Democratic colleagues.

The Fifth District, however, isn't comprised of 90 percent Democrats.

However, if Sen. Hurt wins he will undoubtedly vote with his Republican Party 90 percent of the time, or more.

And the Fifth District isn't 90 percent Republican, either.

Fifth District residents are split more or less 50-50, in terms of voting for Democrats or Republicans to represent them, perhaps leaning to the conservative side but not anywhere close to 90 percent. In fact, the only Republican congressman in the last six-plus decades to come out of the Fifth District was Virgil Goode, and even he was first elected as a Democrat, switching to Independent and then Republican status.

One can argue that on 90 percent of the votes in the House of Representatives approximately 50 percent of the Fifth District is represented. And that won't change if Sen. Hurt is elected. It would simply be a different 50 percent.

No matter who wins, lots of people will complain that their representative isn't listening to his constituents. He may be listening, but he'll be voting with his party 90 percent of the time.

Of course, many, many people regard themselves as Independents and vote for both Democrats and Republicans. The election record in the Fifth District would tend to support that argument. Even so, a 90 percent vote with either Democrats or Republicans won't represent the block of Independent voters as thoroughly as it represents the interests of the Democratic or Republican parties.

Most House districts in the US have a blend of Republican, Democratic and Independent voters, yet all but 12 percent of the House of Representatives votes along party lines over 90 percent of the time-again, more than Rep. Perriello.

There are 435 House members; 255 of them are Democrats and 178 are Republican. How partisan is the voting in the House? Again, approximately 88 percent of the House of Representatives-including Democrats and Republicans-voted along party lines more often than did Rep. Perriello.

How partisan are both parties' voting habits? The Washington Post database is a 41-one page print-out. It is forty pages and half of the 41st page and the further back you are in the report, the more often you break party ranks. The first person on the first page is House Speaker Nancy Pelosi. She voted with her party 100 percent of the time, but cast only 88 votes. Not until well down page 36 do you find Rep. Perriello's photograph and the data stating he voted with the Democratic Party 90.4 percent of the time, out of 1,455 votes.

The first 35-plus pages contain the names and voting records-Democrats and Republicans-of House members who voted along party lines more often than Rep. Perriello. That fact is in line with the non-partisan National Journal Magazine's vote analysis which concluded Rep. Perriello is the 231st most liberal member of the House but also the 200th most conservative member.

Fewer than two dozen Democrats broke party ranks more than Rep. Perriello, out of 255 House Democrats. And just over 30 Republicans, out of 178 GOP members.

The partisanship in the House is atrocious and totally unacceptable. There are good people in both parties and it is way past time for everyone to publicly acknowledge that and work together more often and more effectively.

Many of those attacking Rep. Perriello have wagged their fingers, grinned and referred to House Speaker Pelosi as his “nanny.” Perhaps that makes GOP House Minority Leader, John Boehner, the GOP “nanny” of all of those Republican House members. Some might think of them as Rep. Boehner's lap dogs. Rep. Boehner, by the way, votes along GOP party lines 95.8 percent of the time, out of 1,386 votes. So he toes his own line extremely well.

But that's the way it is in the Congress of the United States of America.

That's just not right (or left).

There simply aren't that many House districts in the US with those sorts of percentages of constituents registered with either political party.

Clearly, it's too often about the political parties wanting to seize power and retain power. Frequently, both parties mess up once they actually gain power, and so they lose control of the House and/or Senate in regular cycles. Winning an election is so much easier than governing. Equally, being the minority, or opposition, party in Congress is a cake-walk compared with being the majority, or governing, party.

Both Rep. Perriello and State Senator Hurt are good men. Whether you agree with him or not, Tom has been working extremely hard to do the best job he can, as he sees it, within the congressional environment and as an elected Democrat. Robert will undoubtedly do likewise, taking the same as-he-sees-it approach as a Republican, if he is elected, angering about half of the district. Unfortunately, party politics too often gets in the way of everyone, regardless of the political party.

All of us would do well to stop contributing to the partisan divide in this country and work together more than 10 percent of the time. There are fundamental philosophical differences between the parties, and all of us, yes, but striking out nine times out of 10, when it comes to bipartisanship, isn't the best we can do for America.

Perriello Can Be Trusted